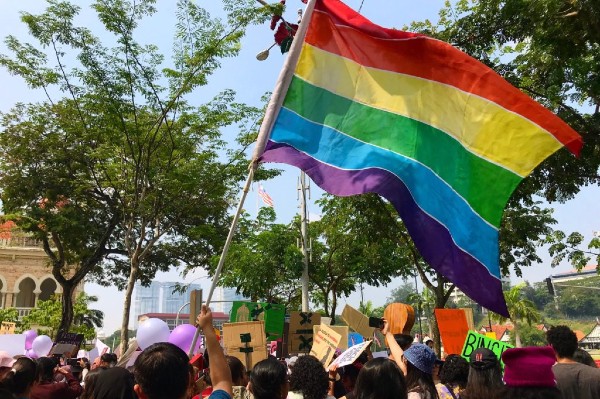 The Malaysian government has announced it is considering amending its criminal conviction laws in order to impose heavier sentences on LGBTQ+ people, with Ahmad Marzuk Shaary, the deputy minister for religious affairs, saying it is necessary to address the ‘wrongdoings’ of the country’s LGBTQ+ community. Currently, being LGBTQ+ is punishable by up to three years in jail, but authorities are proposing to extend sentences. Shaary said: “All state religious agencies and enforcers have been instructed to take action against those who do not behave accordingly”, which he considers to include the LGBTQ+ community.

Many civil rights and LGBTQ+ activists have spoken out against Malaysia’s treatment of queer people. According to the MalayMail, Chinese civil rights group, KLSCAH Women, have condemned the government’s attitude towards LGBTQ+ people, saying the new regulations will encourage anti-LGBTQ+ violence: “KLSCAH Women believes that this law amendment will encourage harassment and violence against LGBTQ+ groups, placing them in far more dangerous situations, which goes against the government’s duty to protect citizens from discrimination and violations of human rights.”

KLSCAH chair, Ng Geok Chee, continued: “LGBTQ+ people are neither against nature nor are they morally corrupt. As members of society, everyone should be given equal treatment and rights. For this reason, KLSCAH Women asks Ahmad Mazruk to stop discriminating against LGBTQ+ people and government spending. Inciting hatred based on sexual orientation not only violates the core values of openness and tolerance, but also creates many social problems.”