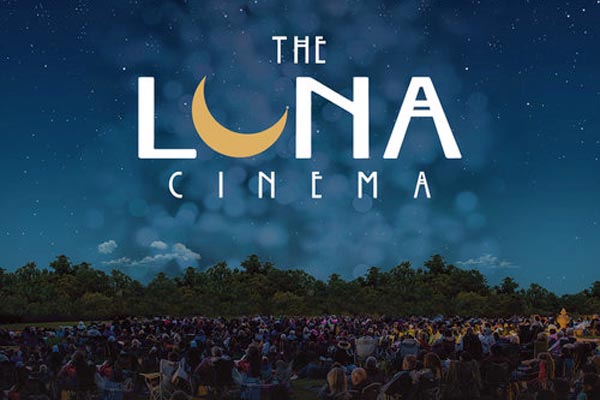 Experience the World Cup, Wimbledon and a full programme of feature films on the highest definition outdoor LED screen in the country.

Alongside over 40 football matches live from the FIFA World Cup in Russia, Luna Beach Cinema’s big screen will play host to tennis live from Wimbledon, the British Grand Prix and an incredible selection of films from cult classics through to this year’s award winners. There will also be a short film festival, called Brighton Beach Shorts, celebrating local film-making talent.

Over the summer period from June 14 until July 15, beach revellers can grab an ice-cream, pull up a deck chair, crack open an ice-cold drink and enjoy one of over 80 open air showings.

Films taking to the big screen include this year’s award winners, such as Guillermo del Toro’s The Shape of Water, Christopher Nolan’s Dunkirk and musical phenomenon The Greatest Showman, alongside true classics such as Top Gun, Dirty Dancing and the perfect film for a beach cinema… Jaws.

With tickets starting from £3, families, friends and co-workers can head down to the beach after work to enjoy the Great British Summer. Audiences can book premium tickets to include comfy seating and for the ultimate Luna Beach experience you can even book yourself a VIP beach hut, which seats four and comes complete with a fully stocked mini-bar and butler service.

To launch the season and give everyone a taste of what’s to come, the first day’s screenings today Thursday June 14 are free to attend – up to the capacity of 3,500.

The day’s programme includes not only the Opening Ceremony of the FIFA World Cup and the first match where the host nation, Russia, take on Saudi Arabia, but also a screening of Steven Spielberg’s masterpiece Jaws.

George Wood, founder of The Luna Cinema, said: “We’re so excited to be launching Luna Beach Cinema in association with Visit Brighton this year. Over the past decade we’ve seen first-hand how truly incredible the experience of open air cinema can be – that combination of a classic film on a big screen in a jaw-dropping location has become a staple part of people’s summers. This is being taken to a whole new level with Luna Beach – with a giant 10m high-definition LED screen, and all set to the backdrop of the iconic Brighton pier, there will literally be nowhere better to experience this summer’s best cinematic and sporting programme. In a celebration of Brighton and the surrounding area, we are delighted to be launching a short film competition to showcase the next generation of film-making talent.”

All tickets must be booked in advance and capacities are strictly limited.

Food and drink are not be permitted to be brought into the Luna Beach site, but there will be a selection of hot food and a full bar on-site every day.

To book tickets and for more information, click here:

Luna Beach is in partnership with VisitBrighton – the official tourism body for Brighton and Hove.