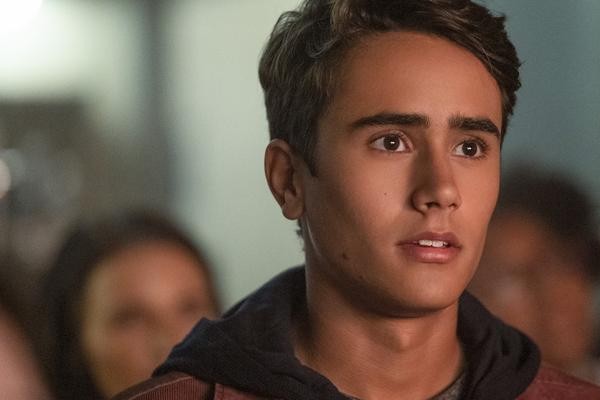 Love, Victor, the hit LGBTQ+ high school drama, is now available to stream in the UK via Star  from Disney+. Set in the world of the film 2018 Love, Simon which followed an American teenager  navigating sexuality after being blackmailed to come out, Love, Victor charts the story of Victor who reaches out to Simon as he makes his own journey of self discovery amidst the challenges of his deeply religious Latinx family and life as a newbie at  Creekwood High School. Victor is played by Micheal Cimino.

In the US, Love Victor  was originally planned as a series for the Disney+ service but content concerns regarding storylines around under-age drinking and sexuality resulted in Love, Victor  being shown on Hulu, also owned by Disney.In many states of the US the legal age for alcohol consumption is 21 and the age of consent is 18. Likewise the show`s UK home of Star rather than the more more mainstream Disney+ has proved controversial. However, the creative team behind Love, Victor  said the move to a more mature service allows more opportunities to tell a richer story. “As we progress into future seasons, and as our teenagers grow up, these things that make up the fabric of teenage life – including adult and sexual experiences – are just going to be easier to tell on a more adult network” said Brian Tanen, the executive producer and co-showrunner whose previous work includes Desperate Housewives.

”In the writers’ room, we discussed how one of the biggest problems with LGBTQ+ characters in TV and film is they’re almost always neutered. They can be the funny sidekick, they can be the best friend, but you rarely see the narrative centre around a gay character having crushes and sexual feelings and sexual experiences”  he told Digital Spy.

Season two of Love, Victor is currently in production.

To access  Love, Victor and a host of other entertainment shows and films  see disney