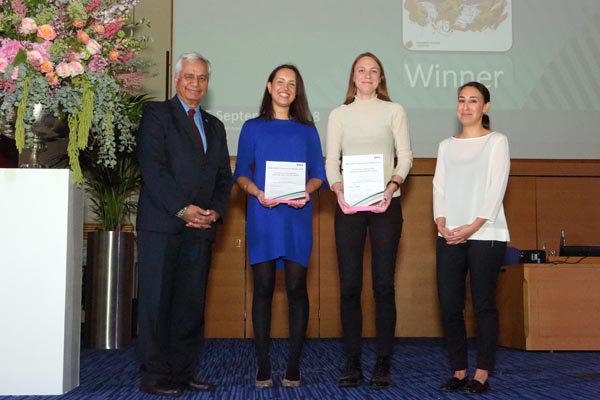 Compassion in dying was selected as the winner of the BMA equality, diversity and inclusion special award for the resource they produced in collaboration with LGBT charity for the older people, Opening Doors London, and Stonewall.

The awards were hosted by the British Medical Association on Tuesday, September 25 at BMA House in Tavistock Square, London.

This guide sets out the different ways in which LGBT people may plan ahead.

Accepting the award, Natalie Koussa, Director of partnerships and services at Compassion in Dying, said: “We’re absolutely thrilled to win the diversity and inclusion award. ‘Planning ahead for the LGBT community’ was developed as the first resource of its kind in order to support people from LGBT communities with very specific decision-making processes that they experience towards the end of life, so we’re thrilled to be recognised for this work.”

BMA representative body chair, Dr Anthea Mowat, said: “It is a privilege to be able to recognise the great work of Compassion in Dying as the first-ever winners of the BMA’s special award for equality, diversity and inclusion.

“The LGBT community, particularly older people, can face specific and significant barriers to getting the end-of-life care they need and it’s a sign of progress that there’s now, for the first time, a resource specifically aimed to help gay, lesbian, trans and bisexual people plan ahead for their future treatment and care in case they become unable to communicate their decisions.

“The resource, produced with help from Stonewall and Opening Doors London, will take the complexity out of a decision that’s quite hard to understand but a very important aspect of compassionate healthcare and highlights the diverse concerns of LGBT people.”