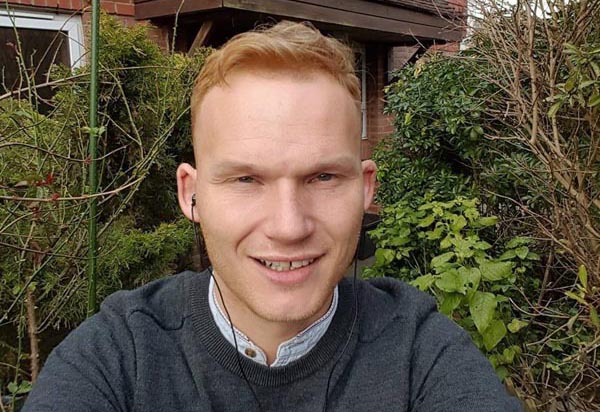 Daniel Harris has been nominated for a Positive Role Model – LGBT Award in this Years National Diversity Awards.

In the last year, while overcoming many personal obstacles Daniel has spoken out against wrongdoings locally in the City.

He successfully petitioned Brighton and Hove City Council to improve the standard of the Emergency Accommodation they offer the most vulnerable while at the same time facing his own demons and attempting to move on with his own life.

He has worked to raise awareness around mental health while promoting the rights of the wider LGBT communities.

Daniel said: “In the last 12 months despite my addictions, being diagnosed Bipolar, and being homeless, I have taken control of my life and used my voice to inspire, educate and evoke change.”

The National Diversity Awards ­celebrate the achievements of grass-root communities that tackle the issues in today’s society, giving them recognition for their dedication and hard work.

This years awards will be held in Liverpool on September 16 ,where there are several award categories including Positive Role Model and Community Organisation Awards, which will be split into five categories including race & religion/faith, age, disability, gender and LGBT. Other awards include the Entrepreneur of Excellence Award, Diverse Company of the Year Award and Lifetime Achiever Award