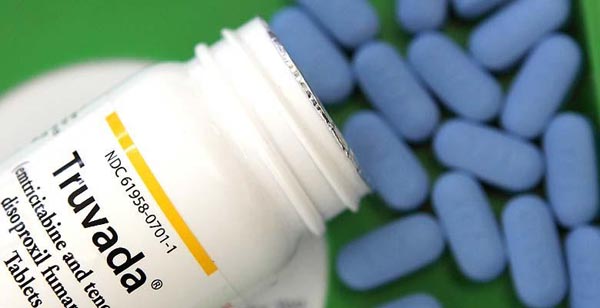 The Liberal Democrats will ensure access to the HIV prevention drug Pre-Exposure Prophylaxis (PrEP) on the NHS for people in high-risk groups if elected at the General Election on June 8.

Pre-exposure prophylaxis (PrEP) is a once-a-day pill that reduces the risk of HIV infection by 86%.

Despite its proven efficacy and potential to deliver long-term savings, the NHS has yet to approve its use, and it is currently only available in the UK through a private prescription that costs approximately £400 for a month’s supply.

In November 2016 The Court of Appeal ruled in favour of the NAT (National AIDS Trust) in a judgment that confirmed an earlier high court ruling in August 2017, that NHS England could legally fund the HIV prevention drug PrEP.

The Government took the decision to the Court Of Appeal in November 2016 and lost. The Court of Appeal ruled that NHS England, alongside local authorities, had the power, although not the obligation, to fund the provision of anti-retroviral drugs for the prevention of HIV, known as pre-exposure prophylaxis (PrEP).

In December 2016, NHS England announced a new HIV initiative in partnership with Public Health England to fund a PrEP clinical trial for 10,000 people over the next 3 years with the first phase of implementation being early in the 2017/18 financial year.

Liberal Democrat Shadow Health Secretary Norman Lamb said: “PrEP is a vital weapon in the fight against HIV, and it’s high time that it was made routinely available to those who are at risk of infection.

“The Liberal Democrats in Parliament have led calls for PrEP to be made available to all high-risk groups.

“We know that PrEP is highly effective in reducing transmission of the virus. Prevention is always better than treatment, so it makes absolutely no sense to delay roll-out of the drug any longer.”

Liberal Democrat Leader Tim Farron added: “Offering PrEP on the NHS is the smart thing to do and the right thing to do, the needs of the communities this affects have been ignored for too long.

“The Liberal Democrats will act quickly to fix this injustice.”

PrEP user and campaigner Nick Perry, said: “It’s absolutely right for the Liberal Democrats to press the NHS to get on with commissioning a wholly effective and proven HIV prevention tool – PrEP – across the UK.

“Prevention isn’t just better than cure clinically – trials and modelling have shown it to be highly cost-effective too.

“Each day 16 more people in the UK are diagnosed HIV positive.

“The end of new HIV infections is in our grasp, and the NHS needs to make it happen.”

PrEP is endorsed by the World Health Organisation and widely available in other countries, including Australia, France, Canada, Israel, Kenya and USA.

To treat someone who has HIV/AIDS is considerably more expensive than prescribing PrEP as a preventative is. At present, a year’s supply of PrEP officially costs £4,330 per person, although the NHS obtains a discount and may pay around £3000 per year.