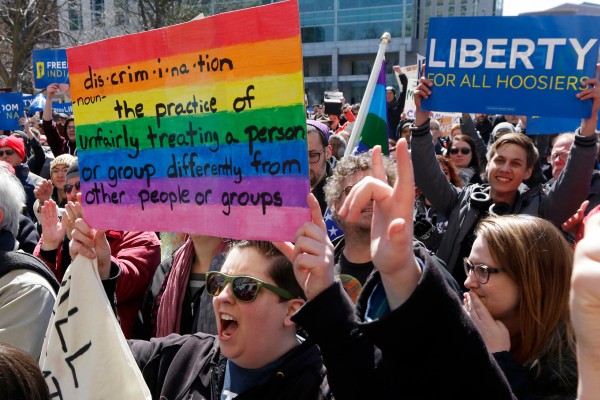 A group of LGBTQ+ US 33 students have sued the White House, in collaboration with the Religious Exemption Accountability Project (REAP), with the hope the government will stop providing federal funding to religious schools which discriminate against queer students. REAP announced that it filed the lawsuit on March 30, saying it “asks a federal court to declare that the religious exemption to Title IX…is unconstitutional.”

All 33 of the students attended religious schools and reported experiencing discrimination. Elizabeth Hunter, a gay plantiff who recently graduated from Bob Jones University, said the institution she attended is a “toxic for LGBTQ+ people”, adding : “Homophobia among the student body, faculty and administration is rampant…I am participating in this lawsuit because I am hopeful that things will change. Experiencing hate and discrimination should not be a part of attending college.”

Another queer plaintiff, Veronica Bonifacio Penales who attends Baylor University in Texas, said she is frequently subjected to homophobic harassment on campus: “I am participating in this lawsuit because I want Baylor to realize what it is doing is wrong and harmful. There is no excuse for ostracising, discriminating against, and hurting their students.”