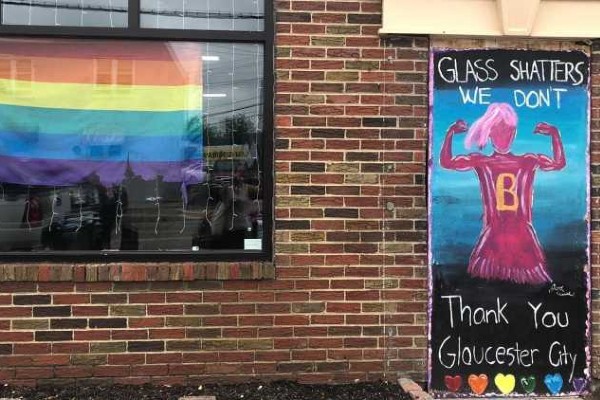 A lesbian-owned and LGBTQ+ inclusive gym in New Jersey (US) was left badly damaged in an explosion thought to have been set as a hate crime. The Essex Daily Voice reported on August 26 2020 that surveillance footage showed a man,  who has been identified as Dwayne A. Vandergrift Jr., attaching an explosive device to the front door of GCity Crossfit Gym. He has been charged with malicious use of explosives and unlawful possession of destructive devices, and he faces a maximum prison sentence of 20 years.

The gym is owned by married couple Jenai Gonzales and Ann Panarello and a rainbow Pride flag is hung outside the building. Steven Vitale, owner of athletic apparel company Lifting Culture, previously wrote that the gym is a ‘safe haven for LGBTQ+ youth’ in the local area. He continued: “The owners themselves, many members, and several coaches are also gay. Yet this facility is also home to people of all ages, ethnicities, and gender identities.”

Vandergrift has not yet stated his motives for the act but it is suspected it was a hate crime. Gonzales nor Panarello have not publicly responded to the incident but a mural has been painted outside the gym that reads ‘Glass Shatters. We Don’t’.