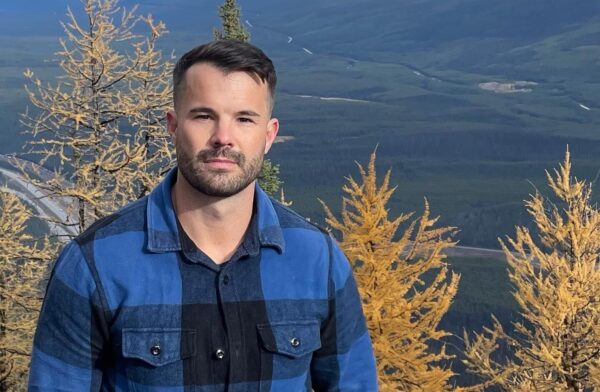 ‘About 10 am on Saturday, January 21, 2023, police were called to a unit on Crown Street, Surry Hills, after reports the body of a man had been found inside,’ New South Wales Police said in a statement.

Dunn was the first openly gay male to represent Australia in bobsled and aimed to compete in the 2022 Winter Olympics before injury ended his career.

He was also a talented rugby player and competed with the Sydney Convicts, the only gay rugby club in the city.

In a statement, his agents Ruby Rose Management said: “Loved by family & friends, adored by fans, media and social platforms all over the globe, our Simon Dunn has passed leaving an amazing legacy.

“Simon was loved, adored, and respected within our community worldwide.

“Simon was passionate about giving back to the community and volunteering, he gave his time, and utilising his profile, to help multiple charities.

Dunn’s efforts led to nominations for the Australian LGBTI Awards Sports Personality of the Year both in 2018 and 2019.

Along with his sporting accolades, Dunn was also well known for his community work and was a long-time supporter of HIV / sexual health charity Terrence Higgins Trust.

“I am deeply saddened to hear of Simon Dunn’s death at just 35,” says Terrence Higgins Trust’s CEO, Ian Green, who knew Simon from when he was involved in the charity’s campaigning and health improvement work.

“Simon always gave his time freely and generously for the causes he cared so passionately about and we will always be grateful that this included Terrence Higgins Trust and National HIV Testing Week.

“Simon was a talented athlete who was committed to doing good in the world. He only ever wanted to use his large social media following to have a positive impact, especially for the LGBT+ community he proudly belonged to.

“The thoughts of everyone at Terrence Higgins Trust go out to Simon’s family, friends and all those who will miss him so dearly. But, while Simon is gone much too soon, his impact on inclusion in sport, LGBT+ rights and HIV stigma will live on.”