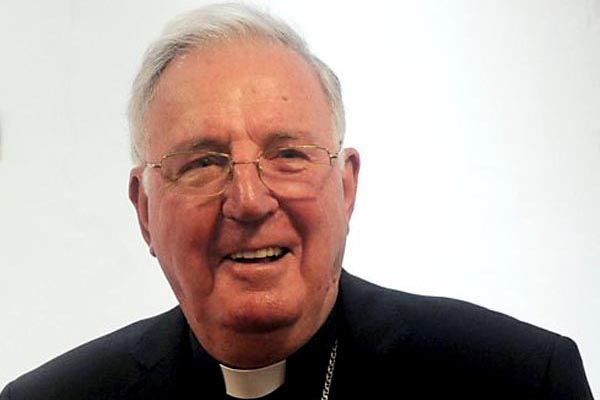 “As we pray for the repose of the soul of Cardinal Cormac Murphy-O’Connor,  the LGBT Catholics Westminster Pastoral Council expresses its appreciation for his invitation to us in 2006 to become embedded within a Soho Catholic parish, and thus a key part of Westminster Diocese. In this way, the LGBT Catholic community was able to express more clearly its communion with the local Church of Westminster and its Bishop. This pastoral initiative bears fruit even more effectively today through its outreach now based at Farm Street Jesuit Church, London and strongly supported by Cardinal Vincent Nichols, his successor as Archbishop of Westminster.

Cardinal Cormac’s invitation was a surprise to us, not least because he had not shown himself previously sympathetic to the needs of LGBT Catholics, parents and families. As with many clergy of his generation, Cardinal Cormac was not entirely at ease when confronted with issues of gender, sex, and sexuality. He had been trained in a Church where there was zero awareness of the complexities of sexuality and little human development input into seminary formation. It was no surprise then, that by his own admission, he was so unable to deal with the issues of sexual abuse by clergy. Indeed, he also had a reputation for being heavy-handed in dismissing some gay seminarians during his time as Rector of the Venerable English College, Rome.

It would be unfair to label him as homophobic, but challenged by a growing social acceptance of same-sex relationships, including by grassroots Catholics, he was prone to panic as to what the Church’s response should be. Nevertheless, his strongly pastoral sense enabled him eventually to exercise care not only for lesbian and gay lay-Catholics, but also for his gay clergy.

At his behest, our 2007 transition from the hospitality of Soho’s Anglican Parish Church to the Catholic Church of the Assumption, Warwick Street, Soho was accompanied by a formal Consultation Process. This involved Pastoral Council members alongside Cardinal Cormac’s own representatives: one of his Auxiliary Bishops, his Personal Secretary, and a Westminster Diocesan parish priest.

His links with the Vatican enabled the Congregation for the Doctrine of the Faith to be informed of the Consultation’s progress, with the establishing of this unique LGBT Catholic initiative also receiving initial CDF approbation. Significantly, a key principle in these conversations was one borrowed from the Anglican/Roman Catholic dialogue which the Cardinal had co-chaired for a number of years: that those involved listen to and respect the reality of the others involved and the language and ways in which they articulate their experience.

Cardinal Cormac ‘s rejection of aggressive complaints from some Catholic groups to this ground-breaking pastoral outreach prefigured the type of pastoral inclusion which we now see being promoted by Pope Francis. We give thanks that Cardinal Cormac’s motto Gaudium et spes (Joy & Hope) was for him not simply an idea, but a foundation stone upon which pastoral ministry could be firmly built.”