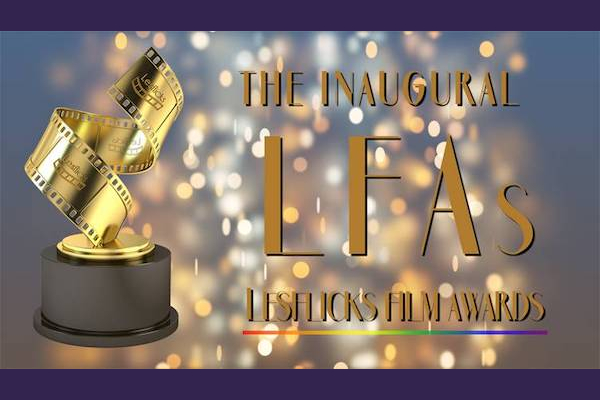 Lesflicks, the film website dedicated to supporting and amplifying the knowledge of, and access to lesbian, bisexual, and trans (LBTQ+) inclusive content, has announced the inaugural Lesflicks Film Awards (LFAs), which will spotlight and celebrate those creating, supporting and promoting LBTQ+ representation on screen­ from Sunday, December 13 and February 2021 – culminating with a weekend celebration over Friday, December 5 and Saturday, February 6, 2021.

The LFAs aim to identify, highlight and promote the films, creators. distributors and venues who are going above and beyond in helping to #AmplifyLBTQFilm. They offer you the chance to celebrate the best queer womxn’s film and TV released throughout 2020, ranging from the bigger titles, such as Happiest Season or Portrait of a Lady on Fire, to titles independently distributed on platforms such as Lesflicks from independent creators, such as feature film Forever Not Maybe, Fortnight webseries and short film, Odd Girls.

Naomi Bennett, founder of Lesflicks, said: “When I first envisaged Lesflicks I had two clear aims – to increase the knowledge of, and access to lesbian and bisexual films – in essence bringing the audience and the content together.

“Since our initial launch in March 2019, we have launched, and substantially increased the amount of content available on the video on demand platform; increased the number of online events; and run several social media campaigns to showcase new content. All of these efforts are building on our key aims and to make it easier for that audience and films to connect.

“The LFAs are a fantastic way to give all parties a platform to celebrate and showcase improvements in the creation, distribution and promotion of lesbian and bisexual film.”