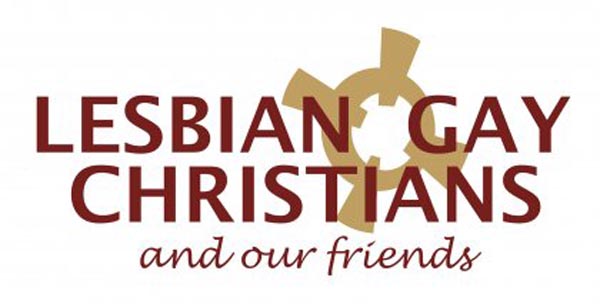 We’ll work with you – but we won’t wait for you, LGBT+ groups tell House of Bishops.

Groups working for the full inclusion of LGBT+ people in the Church of England have responded to Friday’s statement by the House of Bishops, by promising support for those who want to change – but saying that they can no longer wait for those who don’t, and that their members and supporters will begin the work of making change happen at the grassroots.

In an open letter to the bishops, the Lesbian and Gay Christian Movement (LGCM) expressed its sense of ‘betrayal’ at the outcome of the three-year Shared Conversations, a process which, it said, “almost entirely failed to hear the cries of faithful Anglican LGBT+ people’’.

LGCM rejected the Don’t Ask, Don’t Tell approach proposed by the Bishops, as further damaging LGBT+ people by forcing them to conceal their identities and relationships. It urges its Anglican members to remain in communion with the Church, but LGCM will embark upon a range of initiatives with those who want to make change.

Tracey Byrne, Chief Executive of LGCM, said: “To echo Una Kroll’s words, we asked for bread and we’ve been given stones.  LGBT+ people have participated in this process in good faith, at considerable personal cost, and now feel unheard and dismissed. Other churches in England have made much more significant progress in recent years in including LGBT+ people. Despite us knowing that many individual bishops favour a move towards a more gracious, compassionate and inclusive church, collectively they’ve failed to deliver. This is another missed opportunity which further undermines the mission of the established church to convey the gospel promise of good news for everyone.”

Jeremy Pemberton, Chair of LGCM, added: “The waiting is over.  What we’re saying now to the bishops is that LGBT+ Christians are here, are part of the church, and are happy to work with those who want change.  But LGCM can no longer wait for episcopal leadership.  The Spirit is moving in God’s faithful people and we’re seeking to be obedient to that movement.  It’s a very exciting time.”

Ruth Hunt, Stonewall’s CEO, said: “We’re disappointed by today’s news that the Church of England still won’t recognise same-sex couples in marriage, or offer its blessing to their relationships.

“LGBT people of faith need to be respected and included in their faith communities, just as they need respect and acceptance in wider society.

“But, there is some encouraging news from today’s response from the House of Bishops. The recommendation for new guidance on same-sex relationships is a positive sign of hope ahead.

“We’re also pleased that the Bishops recognise that it’s time for the Church to adopt a ‘fresh’ approach to how lesbian, gay and bi people are treated.

“We know this will also be very welcome news to LGBT Christians, alongside the recognition in the response that the Church needs to follow Christian teachings on this issue, specifically that ‘we should love one another as ourselves.

“This is an opportunity for the Church to work closely with LGBT communities to get this next stage right, and we, alongside many others, including faith leaders who support LGBT equality, will be watching this closely.

When the Pilling report came out you proposed a method, the Shared Conversations, that held the hope of finding a way forward in the Church of England in the controversial area of sexuality by encouraging good disagreement. We understood that to mean that members of the church were not to expect to see any one perspective dominate, but for them all to acknowledge their part in the Body of Christ, reflecting the relationship in him that they share, whatever their views of human sexuality. They were asked to participate in the process of Shared Conversations in a spirit of Christian openness and trust.

LGBTI+ Anglicans gladly did so, but for those who did so there was a high personal cost of putting themselves and their relationships on the line for public discussion and comment once again, as if to legitimise them. For some that was too much to contemplate. Others committed to the process, in the hope that this would lead, at last, to LGBTI+ people being given some real space in the corporate life of the Church of England. We all looked for an acknowledgement of the potential for holiness and growth in grace that many of us have found, not despite, but through embracing our God-given sexuality and the relationships into which we are convinced God has led us.

When the Conversations came to an end you told the church that you wished to give episcopal leadership to shaping what came next. You announced the timetable, but also made it clear that you were not at that stage inviting representations. You asked your people to trust you. As an ecumenical organisation with many Church of England members, we responded by acceding to that request, as we have all through this process.

It is now clear that the process has almost entirely failed to hear the cries of faithful LGBTI+ people. You are proposing to formalise Don’t Ask, Don’t Tell among clergy in same-sex relationships. This essentially asks clergy to dissemble and keep the nature of their relationships hidden – far from equalising the situation between straight and gay clergy it pushes LGBTI+ clergy back into the closet. Don’t Ask, Don’t Tell diminishes everyone’s integrity: where it was used in wider society it was eventually discarded and discredited. Why are you introducing this now?

You write in your report about the need establish “across the Church of England a fresh tone and culture of welcome and support for lesbian and gay people”. You say also that your responsibility is to clarify the issues at stake not find solutions. The issues at stake are principally the lives of these lesbian and gay people. You tell us that the bishops are not going to change an iota of the current teaching of the Church of England. If that is the case, then changes of tone will do nothing to improve the second-class position of the LGBTI+ faithful. Their relationships will be merely tolerated or judged wanting, and LGBTI+ clergy will be vulnerable if their relationships become known.

You have done nothing to acknowledge the goodness or sanctity of the relationships of LGBTI+ people, lay and clerical. Anglican LGBTI+ people are still labouring under the Higton motion and Issues in Human Sexuality as the last word on this matter. You could have made clear that issues of sexuality are not first order theological issues and that same-sex relationships, which the Archbishop described as sometimes being of “stunning quality”, could be a means of grace to those in them. You have done nothing. There is a failure of leadership and theological insight in the Church of England.

This outcome is an almost complete betrayal of the trust that has been placed in you by faithful disciples of Christ. There is no space for good disagreement. The old lines of dishonesty remain intact. Not an inch has been given to support LGBTI+ inclusion.

We have to tell you that this is completely unacceptable. Echoing the words of the late Una Kroll, “We asked for bread, and you gave us a stone”. You make much of starting processes to write more documents, but our observation is that anything written is unlikely to move the situation forwards. LGCM and Changing Attitude, who are shortly to merge, will now begin a series of campaigns to change this situation. We will use the levers of power available to us and will oppose and challenge your stance where it is intransigent at every opportunity. Those of us who are members of the Church of England will remain in communion with you and will insist on making our protests and acting in ways that seek to hold the Church of England together. We will work to help it move to a more diverse and inclusive future, bringing the message of Christ alive in the present day. Like you, we are deeply concerned with the decline of the Church of England not simply numerically, but in the estimation of the English people. Our concern is, therefore, missionary as well as pastoral and political.

Your actions and inactions will not commend your church to ordinary people. We will work to make the Church of England a body of which all Christians can be proud again. We are glad that your proposal for a new report to replace Issues will engage and include LGBT Anglicans in the writing of it, and we remain ready to participate in that. In other initiatives where you allow us we will work with you, but our clear focus is on the changes that need to come.

Yours in the fellowship of Christ,

Jeremy Pemberton, Chair of the Board

The Lesbian and Gay Christian Movement