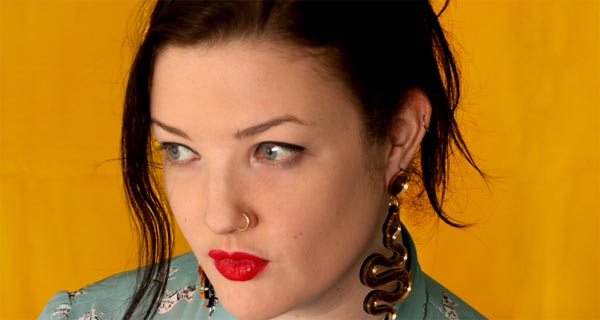 This Brighton Pride the Sheila McWattie Women’s Performance Stage dishes up not one, not two, not even three but four comediennes set to keep you giggling all day long.

Lucy Bee will be your MC for the day, bringing her unique comedy to the stage. After ‘accidentally happening’ into comedy a year ago with her first gig at Brighton’s Komedia, Lucy has been well and truly bitten by the bug. Expect observational rantings and musings in a chatty, relaxed ‘Quackers Comedy’ style.

Lucy said: “I am so excited to be bringing three things I love – comedy, Brighton and Pride – together in this laughter party!”

Originally from Essex and now living in Brighton, Deborah Lennard a.k.a. Debs discusses single city life in her own style. As well as performing regularly, she is also the founder of Smiley Sunday, a stand up comedy night in Brighton raising funds for The Rainbow Fund.

Debs can’t wait to join the Pride celebrations saying: “I’m looking forward to being part of a diverse and fun event in this vibrant city! Love wins.”

Rebecca Shortall, a finalist in last year’s Brighton Comedy Festival Squawker Awards can be seen on some of BBC Three‘s original online content. She’s gigged all over the world in some of London and New York’s biggest comedy clubs.

Rebecca said of her forthcoming performance: “Brighton is the best Pride I’ve ever been to. No one does it quite like they do it here. I’m beyond thrilled that I’m a part of it this year”.

Comedy at the Sheila McWattie Women’s Performance Stage will be fabulously funny and filled with Pride fuzzy vibes.