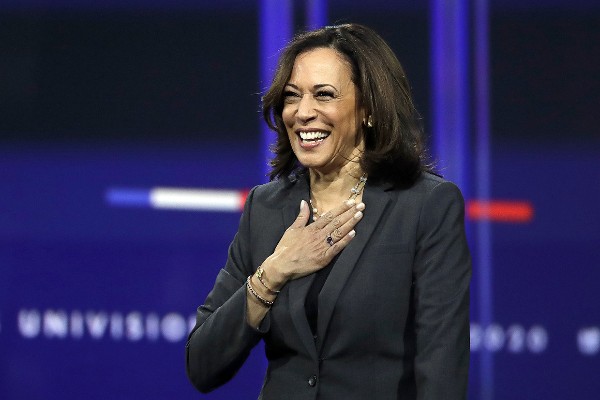 Democrat vice presidential candidate Kamala Harris has shared an open letter in solidarity with LGBTQ+ US citizens. In an exclusive piece for LGBTQ+ Nation, Harris explains why she believes queer Americans should vote for presidential runner Joe Biden, highlighting the attacks the Trump administration has made on LGBTQ+ equality over the last four years. Harris emphasised the importance of voting, saying: “We can vote to put an end to the Trump-Pence era of discrimination and fear—and send the most pro-equality administration in history to the White House.”

She continued: “Right now, half of all LGBTQ+ Americans live in states where their civil rights can be violated…Joe Biden and I believe that every human being should be treated with dignity and respect and be able to live without fear, no matter who they are or who they love. We will reverse the attacks the Trump-Pence administration has made on the LGBTQ+ community. And we won’t stop there—we will advance equality through long-overdue changes.”

Biden has also expressed his support for the LGBTQ+ community, recently saying he would ‘change the law’ to protect young trans people. He also tweeted on National Coming Out Day, saying: “I’ll fight every day in the White House to create a country where you can live open, proud, and free — without fear.”