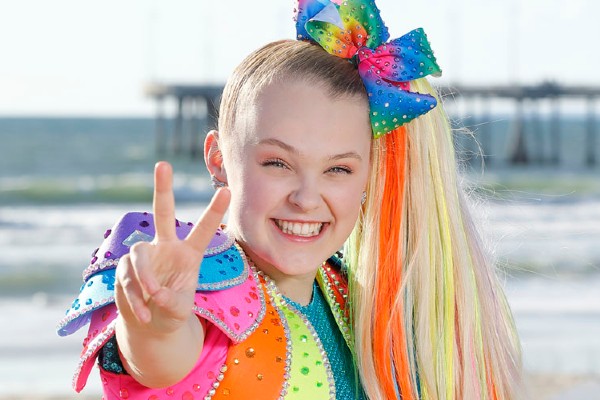 Singer, dancer and YouTube creator, JoJo Siwa, came out as a member of the LGBTQ+ community on social media, sparking joy among many of her followers. 17-year-old Siwa rose to fame for featuring on US TV show, Dance Moms, and since then has had a successful career, with most of her music and YouTube content aimed at young children. She came out by posting a photo of herself wearing a t-shirt gifted to her by her cousin, reading ‘Best. Gay. Cousin. Ever’. She also posted a TikTok of herself lip-syncing to Lady Gaga’s Born This Way, which is widely regarded as an LGBTQ+ anthem.

Siwa was congratulated by thousands of her followers, and a handful of famous figures who praised her for being an inspiration to LGBTQ+ youth. Fellow YouTuber and close friend of Siwa, Colleen Ballinger, tweeted: “I’ve known you a long time and this is the happiest I’ve ever seen you. You’re absolutely glowing and I’m so proud of the woman you are becoming!” LGBTQ+ icon, Todrick Hall, also shared a message of support for Siwa, saying: “Dear JoJo Siwa, I have never been more proud in my life! Happy for you and happy for how you’re going to change the world. Children need to see this!”

One Twitter user highlighted the impact the star coming out will have on a generation of young LGBTQ+ people: “Ok but the impact of JoJo Siwa coming out to millions of very very young kids and their parents? The normalization this has.” YouTube sensation, Tana Mongeau, agreed, tweeting: “I am so proud of you…what you did today for a generation speaks volumes about you JoJo.”