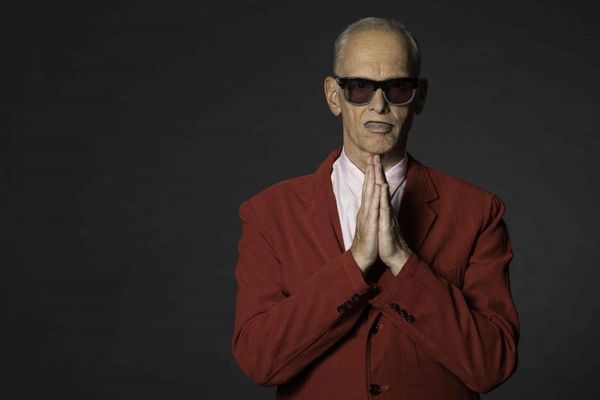 Your favourite Filth Elder will be joining Viktor Wynd for an exclusive Zoom conversation. This interview won’t be uploaded to Youtube so you’ll have to sign up to watch it. Paring John Waters with Viktor Wynd of The Last Tuesday Society makes a lot of sense.

According to their website, “The Last Tuesday Society was founded in 1873 at Harvard by William James & brought to London as a ‘pataphysical organisation in autumn 2006 by The Chancellor Viktor Wynd & The Provost David Piper. Directors Allison Crawbuck & Rhys Everett opened doors to London’s most curious cocktail bar at the Society in 2016.” It’s been a literary society since 2005.

The Last Tuesday Society welcomes authors, artist and historians drawn to the exotic and supernatural. John Waters is doesn’t seem to have any interest in the supernatural; if he saw a ghost he’d probably be put off by its limited conversational skills. He does however have a great love of the weird and the exotic. His films – especially the ones he made with Divine – are among the weirdest and most charming creations in American cinema. He hasn’t directed a film for a long time. Instead he focuses on writing books, giving lectures and generally revelling in his status as a bohemian icon.

Waters is one of the finest conversationalists out there. The Last Tuesday Society are likely to get the best out of him. Waters responds especially well to good interviewers who understand his work and varied interests. Expect a freewheeling interview covering many topics, from his films to pop culture.

When live events can return, it’s well worth checking out The Last Tuesday Society. Their events tend to get packed – remember packed rooms? For now, we have to make do with Zoom.

According to The Last Tuesday Society’s website, “Mr.Wynd is an artist working in the field of relational aesthetics, a ‘pataphysicist, writer, curator, collector, dealer, dilettante, naturalist and antiquarian but perhaps best known as one of London’s most innovative impresarios through his role as founder, and Chancellor of interdisciplinary art movement The Last Tuesday Society – an experiment in Relational Aesthetics; he has put on over 500 literary salons, curated over forty art exhibitions at his eponymous art gallery, séances, workshops and of course his parties that regularly attract in excess of 3000 guests.”

If it sounds like your thing, be sure to sign up and check out the event. This will be a one time stream so it’s your only chance to see John Waters in conversation with The Last Tuesday Society.

You can book your ticket now.