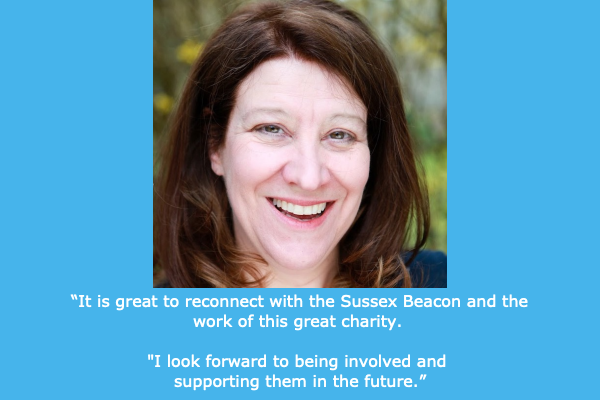 Brighton-based HIV charity The Sussex Beacon has announced that Jill Nalder, the actor whose life was an inspiration for the TV series It’s A Sin, has agreed to join the charity a patron.

Jill is a great supporter of many charities and has helped the Sussex Beacon since its beginning, helping to raise funds to found the charity.

Jill said: “It is great to reconnect with the Sussex Beacon and the work of this great charity. I look forward to being involved and supporting them in the future.”

You can hear the moment when Jill was invited to be a patron in this podcast, hosted by David Hill of E3 Entertainment, in which Jill talks about her life and the stories behind the TV programme It’s A Sin.