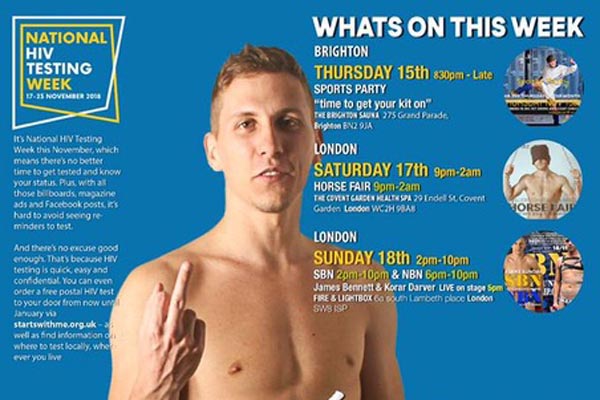 THEY are using their advertising creative to appeal to a wider scene audience, including some who are considered by the experts to be most at risk and many of who do not relate to traditional health campaigns appearing in the national or regional gay press, or online.

Jamie HP said: “Research and shown that men who know their status are less likely to transmit the HIV virus.  We believe that it is important for all sexually active gay and bisexual men to get tested regularly”.

Jamie HP Events produces gay cruise and fetish nights in London and the South east at venues including the Brighton Sauna and the Fire and Lightbox complex in Brighton and has recently announced their intentions to promote nationally as well as overseas, including a tour of the famous Hoist brand in 2019.