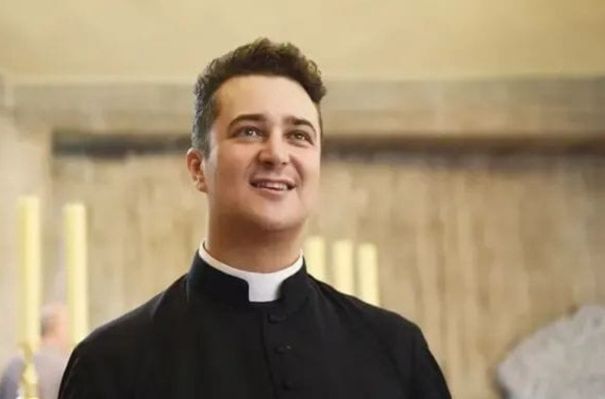 Francesco Spagnesi has been sentenced to three years and eight months in jail. He was convicted for stealing £250,000 of church money to host drug fuelled gay sex parties. He will be obliged to return all of the money he stole for his extracurricular activities.

He has shown remorse for his crimes, telling an Italian newspaper: “I wanted to be the shepherd of my faithful, guide them towards the ways of the Lord, and I ended up in vice and perdition.” He had used money donated by his parishioners to fund his drug habit.

The case calls to mind the chequered career of the Reverend Flowers. Around 200 people are believed to have attended Francesco Spagnesi’s sex parties. Along with his drug dealer housemate he would use gay hookup apps to find prospective partners. Some of the parties would include 20 – 30 participants at a time.

According to a local newspaper, his parishioners “had great faith in their young, brilliant, all-involving and refined priest.” Sadly, his private life turned out to be more I, Claudius than Come All Ye Faithful. A raid on his house found crack cocaine paraphernalia. He has been branded the “pusher priest.”

Upon his arrest he said “I no longer recognise myself; the vortex of cocaine has swallowed me. The drug made me betray my parishioners, it made me tell lies, it made me do things of which I am ashamed… I am now HIV positive with AIDS… I ask everyone for forgiveness.”

He has vowed to sell all of his possessions to repay his debts. “I entered the maelstrom of drug addiction. And the money was never enough. Thus began my ordeal and that of others,” he said. Spagnesi was said to have a brilliant mind and charismatic demeanour.

This is an unfortunate end to a once promising career. The case shows how the use of hard drugs on the chemsex scene has unravelled so many people’s lives.