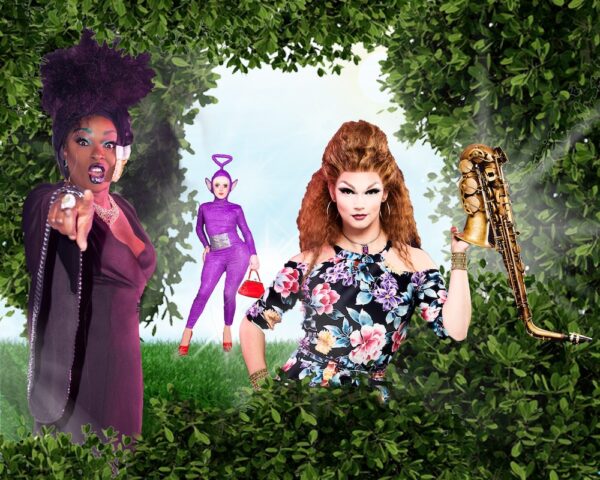 A post promoting DRAG IN THE PARK: THE FABULOUS FAMILY-FRIENDLY SHOW has come under fire from trolls on Facebook who have criticised the inclusion of ‘drag queens’ in a family-friendly show.

In a now deleted post Gerry Holloway, who is director of ‘community history publisher’ QueenSpark Books, said that “drag is not family friendly”, while another rants that “There is NOTHING child friendly about drag queens and certainly not a damn thing woman friendly about them!”

Replying to the trolls, Dan Wilson put his own point across, reeling off many examples of why drag can be family-friendly. He said: “Who are these people saying that drag isn’t family-friendly? We were brought up with it and what harm does it do? As a kid I revelled in Christopher Biggins as the dame at the panto in the Brighton Theatre Royal. We had Danny la Rue on the box. Hinge and Bracket were on children’s television in the ’70s and ’80s.

“I can only assume the viewpoint that drag is not family friendly is informed by some bigoted prejudice. Which is most unBrightonian. I urge the naysayers to explain their fears.”

Drag in the Park returns to Brighton Open Air Theatre over Pride weekend on Sunday, August 7 with Alfie Ordinary, Son of a Tutu and Snow White Trash. Expect sing-a-long Pride anthems, gorgeous drag queens and a lesson on how to be your true, fabulous self.