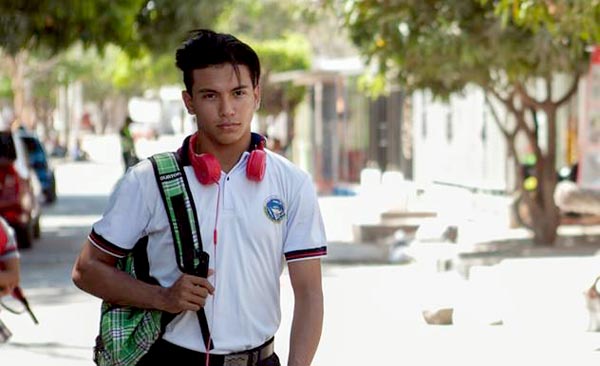 The winning director will be presented with £30,000 to make their next short film here in the UK, supported by the Michael Bishop Foundation.

Andrew Pierce, Iris Prize Chair, said: “This shortlist represents the very best in LGBT+ storytelling, offering a window into queer lives of the past, present and future. From love stories to tales of persecution, and from moving documentaries to joyous celebrations of freedom and pride.”

“I can’t wait to see them on a big screen and enjoy the conversations that flow after each screening. I’m always pleasantly surprised how much is packed into a short film.”

David Llewellyn, Iris Prize Media Co-ordinator, added: “In previous years we’ve taken a kind of “Revels” approach to programming – you never quite know what to expect. There’s a lot to be said for that, but we’re also aware that audiences often want something a little more focused or tailored to their interests.”

“Certain themes always seem to emerge as the shortlists come together. In previous years, we’ve had an abundance of stories about parenting or disability or ageing. This year, we’ve noticed a number of films that tackled masculinity in interesting and provocative ways, and so we have a programme that brings together contemporary dance, brutal violence and challenging stories about gender.”

“Another programme deals with the idea of new beginnings. Stories tackling LGBT+ issues can be dark and upsetting, but the films in It’s a New Day are all life-affirming and positive, from the animated tale of a woman’s deepest desires, to a meditation on bottoming that features an animated talking poo (an Iris first).”

The full festival programme including 13 feature films, talks, and special events including the Producers Forum and Education Day will be announced on Tuesday 21 August.