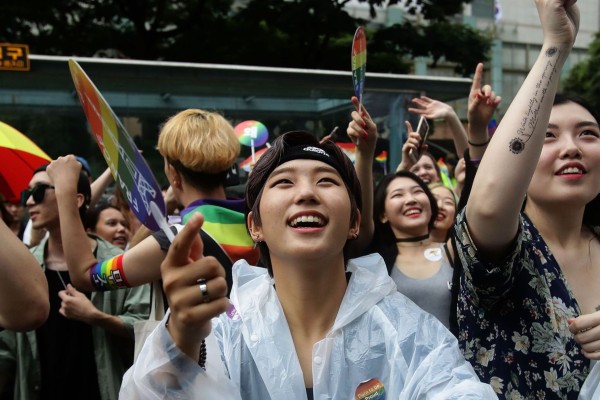 LGBTQ+ advocates have criticised South Korean leaders for failing to implement anti-discrimination laws to protect the country’s queer community. A new report from the Human Rights Watch has explored the effects that the lack of protections is having on LGBTQ+ people in South Korea, saying the “government has failed to make meaningful progress, citing intense religious and conservative opposition to justify inaction.”

The US-based group suggested that “Korea is falling behind regarding other LGBTQ+ inclusive laws such as legal provisions explicitly protecting LGBTQ+ individuals against discrimination and violence, or laws addressing the unique challenges faced by same-sex couples.” As a result, “hostility and severe discrimination” is persisting in the country, and schools are failing to discuss of LGBTQ+ topics.

According to Reuters, anti-discrimination laws have been proposed to South Korea’s parliament ten times since 2007. Amnesty International wrote an open letter to lawmakers last month to encourage the enforcement of such a law, saying it could help to “eradicate discrimination, prejudice, stigmatization…[and] give hope and safety to many and publicly demonstrate that South Korea is genuinely committed to promoting inclusion.”