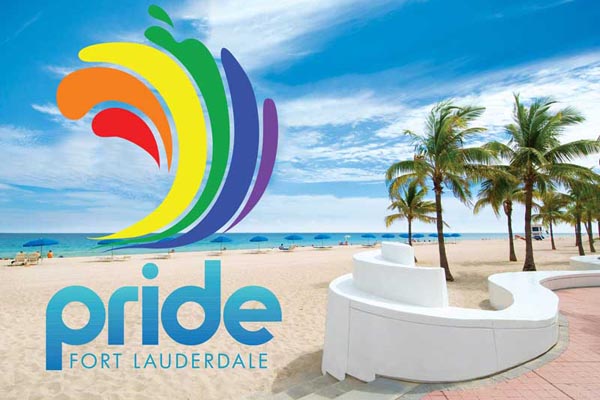 The ten-day Festival expects to attract more than 350,000 people to Fort Lauderdale and will focus on LGBT+ issues.

GREATER Fort Lauderdale will be the host destination for the first-ever Pride of the Americas Festival in 2020. The ten-day event, just announced at the International Gay & Lesbian Travel (IGLTA) annual conference in Toronto, will be hosted by Pride of Fort Lauderdale, presented by the Greater Fort Lauderdale Convention & Visitors Bureau and will include a parade, a beach party, arts festival, social events throughout the destination, and a human rights conference focused on LGBT+ rights.

The event hopes to bring international attention to these inequalities while improving education and understanding of LGBT+ communities on a global scale.

“We worked extremely close with Pride Fort Lauderdale to develop the concept of this important and transformational event,” said Richard Gray, vice president, LGBT+ Marketing with the Greater Fort Lauderdale Convention and Visitors Bureau. “Greater Fort Lauderdale has been at the forefront of LGBT+ sensitivity and issues for decades and we look forward to continuing to lead the way by bringing together experts for this important and thought-provoking event.  The Pride of Americas Festival joins the Southern Comfort conference as two of the most important LGBT+ events to take place in our destination.”

Welcoming 1.5 million LGBT+ visitors spending $1.5 billion, Greater Fort Lauderdale is well-suited to host this prestigious event. With hundreds of gay-owned and operated businesses and the highest concentration of same-sex couple households in the USA, the destination is one of the most diverse and welcoming in the world.

It’s also home to one of the largest Pride Centers in the country, the world’s first AIDS museum, the global headquarters of the International Gay & Lesbian Travel Association, and the Stonewall Museum, one of the only permanent spaces in the U.S. devoted to exhibitions relating to LGBT+ history and culture.

The Greater Fort Lauderdale Convention & Visitors Bureau has been welcoming LGBT+ travelers since 1996, when it became the first Convention & Visitors Bureau with a dedicated LGBT+ marketing department. Since then, Greater Fort Lauderdale has continued to break down barriers and facilitate visibility for the LGBT+ community at large, acting as a pioneer in the hospitality industry and ensuring that the destination is inclusive and welcoming with a diverse, safe and open community for all travelers.

Miik Martorell, President, Pride Fort Lauderdale, said: “We are thrilled with the move to Fort Lauderdale beach. Attendance numbers have skyrocketed and the entire festival experience has been elevated.

“In 2019, our theme is ‘Carnaval’, and we will be presenting our first pride parade and the very first parade along Fort Lauderdale Beach. Pride 2019 is going to be an amazing weekend for all.”

For more information about Pride of the Americas, click here: