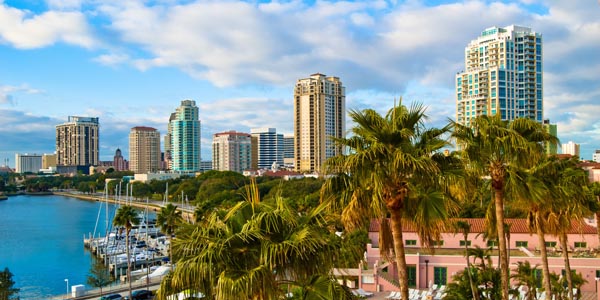 The International Gay & Lesbian Travel Association’s (ILGTA) 34th Annual Global Convention, brought together more than 400 tourism professionals representing 36 countries to the Vinoy Renaissance St. Petersburg Resort & Golf Club for networking and education from May 4-6. It was the largest number of countries represented in IGLTA convention history.

IGLTA President/CEO John Tanzella, said: “At a time when the news is filled with talk of travel bans and closed borders, our LGBT+ travel community united to show its support for diversity and a more welcoming world.”

“Our speakers from all tourism segments sent a clear message that our industry has a responsibility to promote inclusiveness. It was especially meaningful to debut the Second UNWTO Global Report on LGBT+ Tourism at this event.”

The Second UNWTO Global Report on LGBT Tourism, created in a partnership between UNWTO, IGLTA and the IGLTA Foundation, takes an in-depth look at the increasing visibility of LGBT+ consumers and the global tourism trends that impact this market.

The fourth annual IGLTA Foundation fundraising event, raised more than $10,000 for education, research, and developing the next generation of LGBT+ travel professionals.

The Foundation also supported educational and volunteer activities in the St. Petersburg/Clearwater area on May 6, including the creation of an original LGBT+ mural along the Pinellas Bike Trail that is now a permanent part of the convention host city.

“We’ve been an up-and-coming gay-friendly destination for several years, but the global visibility that results from hosting 400 of the world’s most influential LGBT+ tourism professionals puts us on a new map altogether.  We simply couldn’t be more pleased.”

The next IGLTA Annual Global Convention will be held in Toronto from May 9-12, 2018.