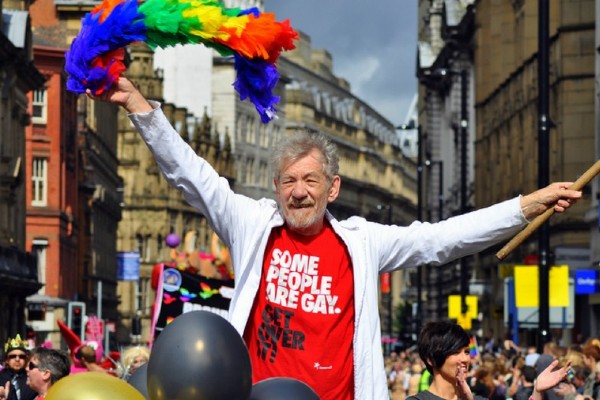 81-year-old actor and LGBTQ+ icon, Sir Ian McKellen, has shared a public message of support for 17-year-old JoJo Siwa after she came out as gay last week. Siwa rose to fame for featuring on US TV show, Dance Moms, and since then has had a successful career, with most of her music and YouTube content aimed at young children. She came out by posting a photo of herself wearing a t-shirt gifted to her by her cousin, reading ‘Best. Gay. Cousin. Ever’. She also posted a TikTok of herself lip-syncing to Lady Gaga’s Born This Way, which is widely regarded as an LGBTQ+ anthem.

Although Siwa has been widely praised by fans, she received some negative comments from parents who said they no longer wanted their children to associate with her. She was also hounded by paparazzi outside her home in Los Angeles. McKellen encouraged Siwa to ignore criticism and congratulated her for embracing her identity, tweeting: “I hope JoJo Siwa puts aside any negative reaction to her coming-out, at a time when she deserves praise and empathy for taking control of her life in such a public way.”

A handful of other celebrities shared messages of support for Siwa, including fellow LGBTQ+ icon, Todrick Hall, who tweeted: “Dear JoJo Siwa, I have never been more proud in my life! Happy for you and happy for how you’re going to change the world. Children need to see this!”.