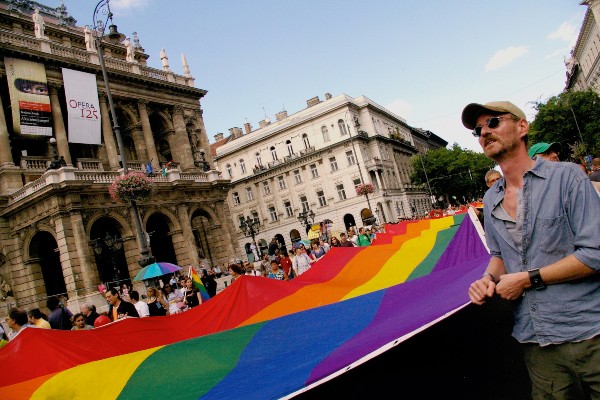 On November 30, the Hungarian parliament passed a resolution to hold a national referendum on LGBTQ+ related issues, which will include asking citizens if they believe children should have access to sex education. According to Reuters, Hungary’s deputy minister, Balazs Orban, told parliament that “citizens should have a chance to express their stance on the issues of gender propaganda.”

He continued: “We are committed. We believe that we…have to say no to LGBTQ+ propaganda in schools carried out with the help of NGOs and media, without parental consent.” Additional questions will include asking whether media content that could supposedly ‘affect sexual orientation’ should be shown to children without any restrictions, alongside questions on education about gender identity.

Although a date for the referendum has not yet been confirmed, it will be held ahead of the 2022 election, which will see anti-LGBTQ+ prime minister, Viktor Orban, campaign to secure his position. Earlier this year, Orban’s ruling party introduced and successfully passed a controversial law to prevent the sharing of content that is considered to ‘promote homosexuality or gender change’ with under 18s, meaning LGBTQ+ topics can no longer be discussed in school or on children’s TV.

Orban’s views on the LGBTQ+ community have caused concern among activists and advocacy groups, with the EU also condemning the new anti-LGBTQ+ law for potentially breaching the bloc’s legislation.