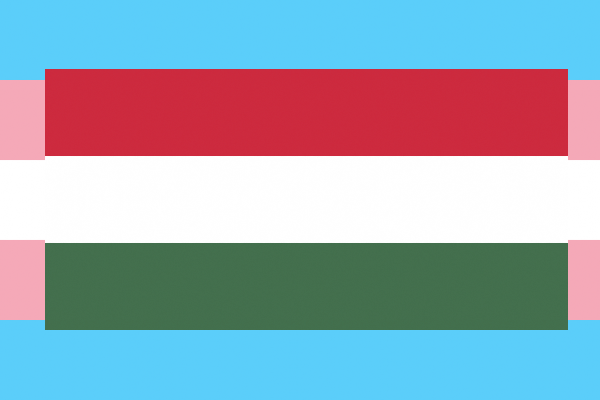 The Hungarian Parliament has today passed new legislation that bans the legal recognition of transgender and intersex people, making it impossible for people to legally change gender.

Known as Article 33, the Bill comes at a time when the Hungarian Parliament has given Prime Minister Viktor Orbán power to rule by decree indefinitely because of the Covid-19 crisis, meaning he no longer needs to consult other lawmakers before making policy decisions.

Masen Davis, Interim Executive Director at Transgender Europe (TGEU), said: ‘The Parliament should be focusing on what the people of Hungary need to survive the Covid-19 pandemic, not using this crisis as cover to roll back the rights of an already-marginalised group.

‘This dangerous bill will subject trans people in Hungary to increased scrutiny, discrimination, and violence.’

The legislation effectively ends any opportunity for legal gender recognition in Hungary, because identity documents will now reference only the  characteristic of ‘sex assigned at birth.’

Bernadett Szél, an opposition MP who spoke out strongly against the bill in parliament, described it as evil

Article 33’s approval in parliament is controversial in the country with only 17% of Hungarians wanting it to pass. According to a Median representative survey in September 2019, seven in ten Hungarians believe that trans people should have access to legal gender recognition, which leaves today’s decision in stark contrast to not only the mood of the nation, but law conventions set in the European Court of Human Rights.

Today’s Bill is just the latest of Orbán’s attacks against the LGBTQ+ community, which range back to 2015 when he blocked a draft agreement at the Council of the European Union which called on the European Commission to tackle homophobic and transphobic discrimination.

The measures are part of the wider Bill on Changes of Certain Administrative Laws and Free Donation of Property and also mean that an individual’s identification documents cannot subsequently be changed. Where documentation does not reflect gender identity, name or gender expression, Amnesty International give four commonplace examples of where trans people could face discrimination – in finding employment, enrolling in education, obtaining housing or claiming welfare benefits.

In the last two weeks, Orbán went against international precedent and refused to ratify the Istanbul Convention, which is about combating violence against women and domestic violence, because of its definition of gender as a social construct.

Krisztina Tamás-Sáróy, Amnesty International’s Europe Researcher, commented: ‘This decision pushes Hungary back towards the dark ages and tramples the rights of transgender and intersex people. It will not only expose them to further discrimination but will also deepen an already intolerant and hostile environment faced by the LGBTQ+ community.

‘It is critical for Hungary’s Commissioner for Fundamental Rights to act urgently and request that the Constitutional Court review and swiftly annuls the appalling provisions of this law.

‘Everyone’s gender identity should be legally recognised and everyone must be allowed to change their legal name and gender markers on all official documents.’

Trans activists & allies have this afternoon been protesting outside the legal residence of the Hungarian Prime Minister, observing social distancing protocols whilst doing so.