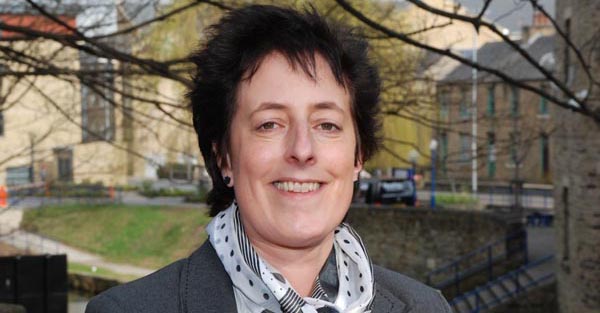 A MAJOR research project is under way that looks to open the eyes of the public generally, and in particular health practitioners and policy-makers, to rights, or lack of them, for Intersex people.

The project, by researchers at the University of Huddersfield, has been announced to coincide with Intersex Awareness Day (October 26), an internationally-observed day, designed to highlight human rights issues faced by intersex people.

‘Intersex’ is an umbrella-term that encompasses various physical variations in the components of the parts of the body that are generally considered gendered or sexed.  This can include chromosomes, genetic markers, gonads, hormones, reproductive organs, genitals and secondary sex characteristics such as facial hair or muscle mass.

Despite the fact that these variations generally do not threaten the physical health of the individual, people with these biological variations are often subjected to involuntary unnecessary surgery and other medical treatment.

Up to 2% of the population may be born with invisible or visible intersex traits, and between 0.1% and 0.05% are detected and subject to medical attention.

The Huddersfield project was proposed by Professor Surya Monro, who has researched extensively in the field of citizenship and equality of lesbian, gay, bisexual transgender and queer (LGBTQ)people.

Professor Monro discovered that across Europe there has been very little research into or promotion of human rights for intersex people, who may also be medically referred to as having the controversial term Disorders or Differences of Sex Development (DSD, coined in 2006).

Professor Monro worked together with Dr Daniela Crocetti, who has undertaken much of her work including her PhD at the University of Bologna on the medicalisation of the gendered body from a social studies of science and medicine perspective, and sociologist Dr Tracey Yeadon-Lee, who was published substantially in the field of transgender studies, to seek funding for the project on Intersex Human Rights.

The successful research application was made to the European Commission for a prestigious Marie Sklodowska-Curie Fellowship and received funding for a two-year project which will see collaborative work undertaken across three countries, the UK, Italy and Switzerland.

Project work has already started and workshops are planned for each of the three countries, primarily targeting the health services and policy-makers.  The initiative will conclude with a major international conference.

“Intersex people and in particular the rights of intersex people are still very hidden,” says Professor Monro. “There are many misunderstandings and there is very little research into human rights for these people and, across Europe, just a few countries have some legislation regarding their citizenship.”

Many live simply as either men or women, while some prefer to be identified as intersex. Professor Monro argues that individual people should have the right to decide how they want to live their lives, which includes a right to bodily autonomy and integrity.