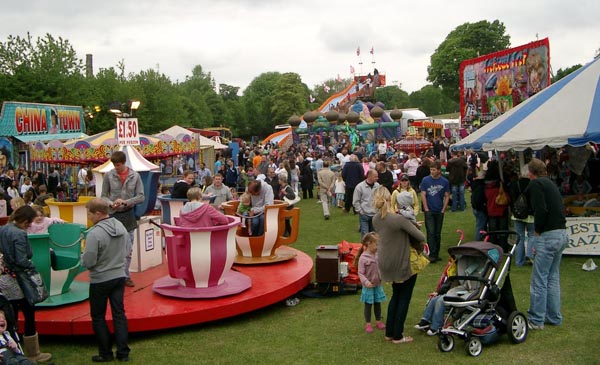 This year’s Hove Carnival is on Bank Holiday Monday, May, 27 at Hove Park from midday.  As well as all your favourite family activities, this year the carnival will feature a line up of local artists and bands who will be performing in the Big Top throughout the afternoon.

Amongst the line up is Kevin Pearce, an up and coming indie folk musician, whose reputation is growing. Kevin has been receiving BBC radio airplay and has performed extensively throughout the UK (supporting the likes of Scott Matthews, Sandi Thom and Boo Hewerdine) and has recently returned from a tour of America’s east coast.

Sam has a close connection to the Hospice and didn’t hesitate to get involved:

“My mother was cared for at The Martlets in 2008, where she died from lung cancer. I try and raise money for the hospice whenever I can, including my biennial Sam’s Christmas Stocking events and I am delighted to involved in the Hove Carnival this year.”

Tickets for the Big Top can be purchased in advance for each 40 minute set from the Brighton Fringe website (£2) or pay on the day (£2.50).

As well as the Fair, there will be plenty of traditional old fashioned activities on offer; from Punch & Judy shows and a coconut shy, to the ever popular swing boats. The main Arena will have a rolling programme of events. One of the highlights will be the Falconry display and, of course, the annual dog show.

Visitors will also be able to get up close to other animals including owls, donkeys and a cheeky goat called Ruby.  For younger visitors worried about their own cuddly animals, St John’s Ambulance will be on hand running a Teddy Bears Hospital.

Railway lovers will be spoilt for choice as not only will Hove Park’s miniature locomotive be running and Tate Cars are sponsoring an electric train.

Pick up golfing tips from the experts at Lewes golf club or get your hands dirty planting up pots with Mayberry Garden Centre.

For Hove’s master bakers there will be a chance to show off in the ‘Bake Off’ tent.