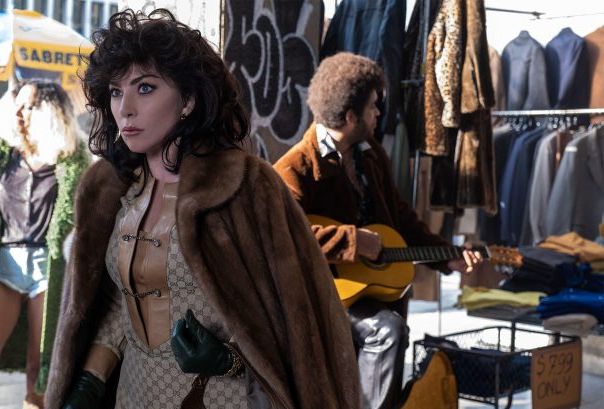 How bad is House of Gucci? Well, it’s likely to go down in the pantheon of camp classics. Susan Sontag defined camp as “failed seriousness”. You can picture Faye Dunaway hacking up the rose garden in Mommie Dearest. That’s what we’re dealing with here.

For some reason, the actors have been compelled to speak in “Italian” accents. The dialogue is closer to a maxi-challenge on Drag Race than it should be. Gaga has the pleasure of delivering lines like “I’m not a particularly ethical person”  or “It’s time to take out the trash!” when she isn’t chewing the set. It’s hard to believe that Ridley Scott directed this movie. Didn’t he direct Blade Runner? Years from now, you can imagine people having House of Gucci viewing parties, howling along as they deliver the lines in their best Panto Italiano accents.

House of Gucci is based on the true story of Patrizia Reggiani. She married Maurizio Gucci and became part of the Gucci dynasty. When he tried to leave her she had him whacked. She spent 18 years in prison for her efforts. Patrizia is still around today, often seen stalking the streets of Milan with a parrot on her shoulder. She has shown no remorse for her crime.

The movie focuses mainly on the troubled finances of the Gucci empire. The murder happens towards the end of he film. It’s almost an afterthought. As the characters all seem to be moonlighting as panto villains, it’s hard to feel much empathy with them on a human level. This would work brilliantly as a Drag Race skit. For a feature length movie you need a bit more nuance, and nuance is the last thing you’ll find here. It’s hard to believe anything that’s happening on screen, even though you know it all happened in real life. With a great director, all star cast and a bloody scandal to unravel, this film could have been so much more.

Some people will find unironic pleasure in this film. There is certainly a great movie hiding in plain sight, if you really strain your eyes. As it stars Gaga, you enter the cinema wanting enjoy it. But for now I’ll be going back to the Chromatica remix album.