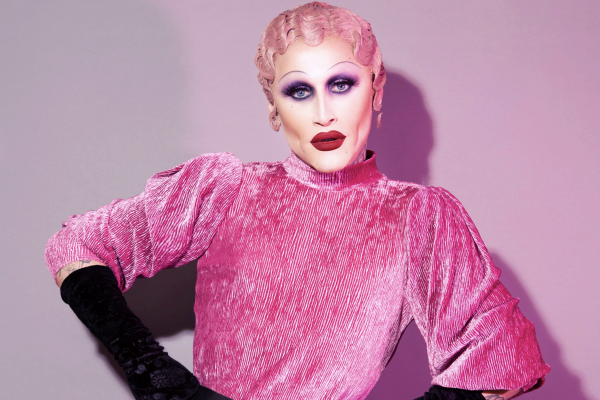 The Sussex Beacon has announced that H&M UK has agreed to match the present level of ticket sales from a raffle of Joe Black’s infamous dress from RuPaul’s Drag Race UK with a £5,000 match donation, which brings the total to over £10,000 (and rising).

The Sussex Beacon will officially announce the news on its social media channels on Friday, April 9 at 9am BST,

Luciane Toldo, sustainability manager H&M UK & IE, said: “We are very proud to support the Sussex Beacon, the amazing work they do to support people living with HIV is truly humbling. Auctioning the H&M dress worn by Joe Black on RuPaul’s Drag Race is a fun and fantastic way to raise awareness of such an important cause.”

Joe Black was Brighton’s first drag queen to be on RuPaul’s Drag Race UK. Unfortunately, Joe was the first queen to be eliminated this season but returned mid-season to replace Veronica Green. However, Joe’s return was short lived when he decided to wear a pink H&M dress on stage when performing to UK Hun? in the RuRuVision Song Contest. RuPaul’s outburst over the off-the-rack H&M dress has now become a meme and has gone down in Drag Race Herstory!

Joe Black has kindly donated the infamous pink H&M dress to be raffled off to raise funds for the Sussex Beacon. The raffle launched online on Raffall on Friday, March 26 at 9am and will run until midnight on Friday, May 28. Tickets are only £2.50. To enter, CLICK HERE

Joe Black said: “Well, I think we should all see some f*****g H&M! I’m so happy to see that H&M have kindly offered to match the £5,000 we had already raised, bringing our total up to £10,000! I am beyond thrilled that a simple fashion choice on a television show has ultimately helped a lot of people. I cannot express how pleased I am with the support from everyone involved and who has taken part.”

Mark, the Sussex Beacon’s fundraising manager, added: “We are over the moon with the generosity of both Joe and H&M in supporting this raffle. To raise over £10,000 during these difficult times is one thing but entirely another from the raffling of a single dress. It’s extraordinary. This will make an enormous difference to those living with HIV in Sussex. If you’re interested, there’s still time to enter.”