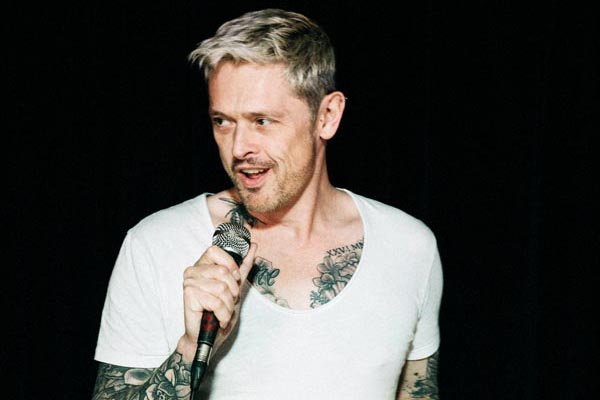 The Amsterdam Bar will host a fundraiser evening for The Martin Fisher Foundation on Thursday July 25.

THE event will be hosted by Aiden Bex a local writer and performer recently seen as part of The Write Release at Brighton Fringe Festival.

The Martin Fisher Foundation aims to operate collaboratively with other HIV organisations across Brighton and Hove and work Towards Zero:

Brighton and Hove HIV organisations have achieved some impressive milestones so far and by the end of 2017:

♦ 99% of people with HIV on effective treatment

♦ 98% of people with HIV on treatment being unable to pass the infection on to others due to untraceable levels of virus in the blood stream.

ONE example of the charity’s successful efforts is the development of their world-first touch-screen digital vending machine for HIV testing which has won the 2018 British Medical Journal (BMJ) Innovations Award. These machines focus on availability and access to testing for HIV and other sexually transmitted infections whilst also improving visibility and awareness of HIV.

There are now five of these vending machines within the local community, helping to increase visibility and access and also reducing some of the stigma associated with the virus and those who contract/carry it.

The Martin Fisher Foundation would love to increase the number of these vending machines within the city but each one costs £3350 to install.

This cabaret event on July 25 aims to raise enough money to buy another one of these machines.

As well as performances you will not see anywhere else on the mainstream cabaret circuit, there will be a raffle with some amazing prizes donated by local businesses.

The event runs at The Amsterdam from 7.30pm until late.

For more details about the digital vending machines, click here:

If you would like to donate a prize for the fundraiser, email: scribbles@thewriterelease.com

You can watch Aiden Bex from The Write Release perform his HIV stigma piece ‘R U Clean? here: