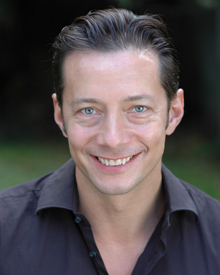 About 1 in 20 gay men in the UK are living with HIV? About 10,000 of them have not been diagnosed. Up to 82% of new infections come from people who don’t know they have HIV. So why is hardly anyone paying attention to World AIDS Day?

The reality of living with HIV today has changed considerably since World AIDS Day started, way back in 1988. With effective treatment, people who have their HIV diagnosed can now have a near normal life-expectancy but if you ask pretty much anyone living with the virus they will tell you they’d rather not have it. In recent years media coverage of the day seems to have weakened but the need to prevent new infections, dispel ignorance and challenge HIV stigma is as urgent as ever. This year let’s make World AIDS Day count by observing the following actions:

1. Know your own status.
If you haven’t tested for a year or longer, make a date in the diary to test now. If you’ve taken risks, you’ll have a healthier and longer life if you get diagnosed early . And even if you think that you haven’t taken any real risks you should still test – condoms can fail,  so can monogamous relationships, and oral sex isn’t entirely without risk. Even if you’re pretty confident that the result is going to be negative, it’s still better to know for certain. And make a plan to test every year from now on. You can sign up for an annual email reminder at www.gmfa.org.uk/reminder. If you haven’t got time to go to a GU clinic, you can order a free home sampling kit from www.gmfa.org.uk/thinkHIV, so you can take the test in the comfort of your own home.

2. Talk about HIV
It used to be that HIV figured prominently in the conversations that gay men had with each other. With fewer people dying, and fewer people showing symptoms of HIV, those conversations are now less frequent. On World AIDS Day, take the time to discuss it with your friends: what do they do to protect themselves or their partners? Do they disclose their status to their partners before sex? What do they do if someone tells them that they’re HIV positive? If more gay men talk about HIV, it’s likely that we can think about it more clearly, dispel any myths or misconceptions, gather information if necessary, and reaffirm the reasons why we don’t want to be involved in transmission of HIV (catching it if we are uninfected or passing it on if we are living with HIV).

3. Support a charity
Everyone knows that these are tough times economically. Many HIV and health charities are struggling, with Government cuts and lower levels of donations. Around World AIDS Day there will be lots of charities giving it a big fundraising push. All of them are worthy causes and all of them need your support. Even better, come up with a fundraising idea of your own – last year one enterprising GMFA supporter raised over £1,000 by promising to tweet a picture of himself in his underpants.

4. Wear a red ribbon
But don’t just wear it to fit in. Tell people why you’re wearing it. Talk to them about testing and treatment, about safer sex and staying in control. Encourage them to think about the sex that they have, the risks that they take and the impact of their attitudes. Remember the lives that have been lost and the people whose health will suffer in the future if we ignore the problem. Think about what we can all do to help others and reducing HIV-related stigma. That’s what wearing the ribbon is all about.

Working together we can stop the spread of HIV.

You can donate to GMFA online at: