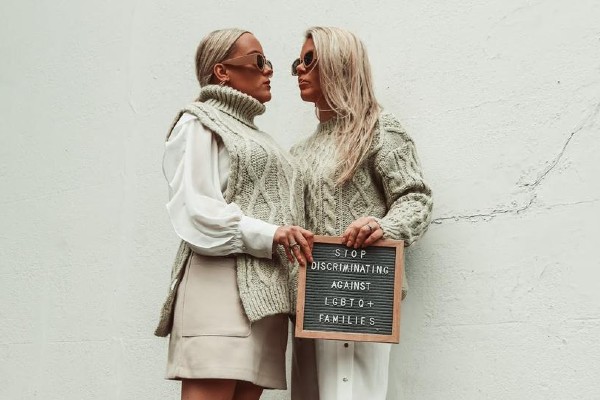 Megan and Whitney Bacon-Evans, a married lesbian couple known for their YouTube channel with over 50,000 subscribers, have launched a landmark legal case against the fertility sector of the NHS after they were made to pay “gay tax” to become eligible for IVF treatment. The couple has described the case as “the most important thing we’ve possibly ever done.”

According to The Guardian, the pair have argued that the Frimley clinical commissioning group (CCG) is financially discriminating against them on accord of their sexuality. Frimley’s current regulations mean that same-sex female couples and single people with wombs must pay for 12 IVF treatments to “prove” medical infertility, costing over £30,000, before receiving NHS assistance.

On the contrary, heterosexual couples need to try to concieve for two years before receiving NHS fertility support. Sharing the details of the case on Instagram, the couple wrote: “We’re doing this for every LGBTQ+ couple who had to give up on their hopes and dreams of creating a family. If found to be unlawful, this could positively impact the lives of tens of thousands, or even hundreds of thousands, of LGBTQ+ people embarking on their path to parenthood.”

Megan and Whitney are working with top UK law firm, Leigh Day Law, to bring about legal action. It has not yet been confirmed when the case will be heard in court, and the plaintiffs are currently in the process of raising legal funds to support their lawyers.