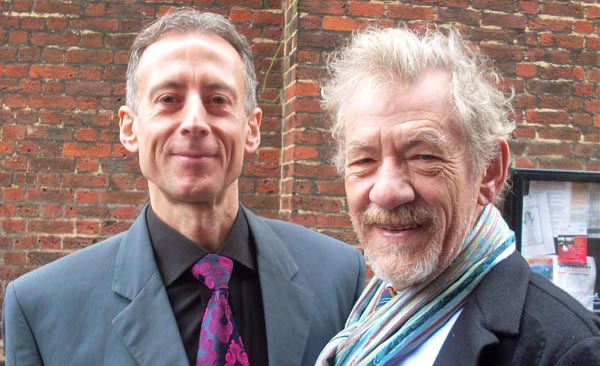 A Kickstarter campaign to fund the production of a new 90-minute documentary, Hating Peter Tatchell, achieved 100 backers yesterday reaching almost the halfway mark for its £10,000 goal.

The Kickstarter campaign needs to raise at least £10,000 of the films total £80,000 production budget and with just one week left to go, the project will only be funded if at least £10,000 is pledged by Wednesday, October 12 at noon.

Peter Tatchell, Director of the human rights organisation the Peter Tatchell Foundation, said: “This documentary is not just my story, it is also a snapshot of the struggle for human rights over the last half century. Your support in getting this film made is greatly appreciated.”

Filmmaker Chris Amos, Director of Hating Peter Tatchell, added: “Having known Peter for 15 years, I have come to appreciate Peter’s eccentricities, his meticulous organisational detail and bravery defending human rights and witnessed his passion working around the clock on campaigns. Despite his efforts, he has come under severe criticism. He is the person who for decades the media and critics loved to hate. Through this documentary you have the chance to meet the real man and hear the true story.”

Peter was at the forefront on gay marriage issues in the UK. His campaigning started back in 1992 when five same-sex couples applied for marriage licences. As we all know, this finally came to fruition in the UK in 2014 – 24 years later. Peter never gave up campaigning for this to happen.

To get involved with the Kickstarter campaign, click here: