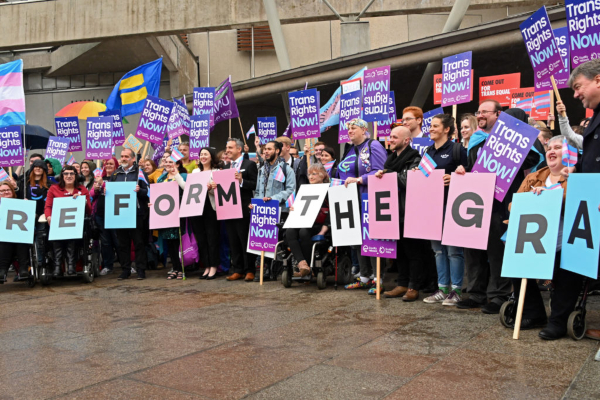 A new University of Exeter study which interviewed trans, non-binary and gender non-conforming people after the delays to the Gender Recognition Act (GRA) reform found half of respondents thought legal gender categories should be abolished altogether. 49.6% of the 276 interviewed believed the current system of recording gender at birth should be eradicated entirely, and nearly 90% were in favour of a third legal gender option.

At the end of September, equalities minister Liz Truss announced there would be few changes to the UK’s GRA, with plans to allow trans people to alter their birth certificates without medical approval being scrapped. Exeter’s study found trans and non-binary people would be more likely to apply for a Gender Recognition Certificate if the current requirement of a medical diagnosis of gender dysphoria did not exist, but the government have decided against allowing people to self-identify.

Despite this, LGBTQ+ organisation Stonewall said they will continue to campaign for trans people to be able to change their birth certificates, adding that by delaying GRA reforms, “trans people are being asked to wait for equality that is long overdue.” LGBTQ+ Conservatives official also expressed disappointment at the lack of GRA amendments, saying “after three years of delay on addressing the burning injustices faced by trans people”, the slight tweaks made are insufficient.