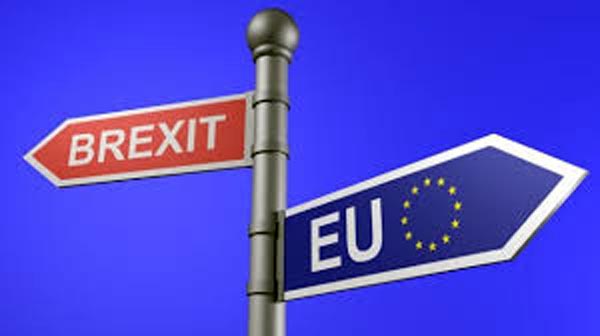 Green councillors call for the local Labour group to speak out for anti-Brexit, Brighton and Hove and support a People’s Vote.

Local Green councillors are calling on the Labour Council to speak out against a damaging Brexit deal for the city and back a People’s Vote.

Council reports have revealed that Brighton and Hove faces a local funding and jobs crisis if the UK crashes out of the European Union.

Ahead of a series of critical votes on the UK’s future deal with the European Union in Parliament, Greens have called on the Labour Council to publicly lobby the Labour Party leadership for better support and protection for Brighton and Hove in the face of Brexit disruption.

An analysis of the impact of various Brexit ‘scenarios’ requested by the Green Group of Councillors has revealed that key sectors in the city’s economy such as tourism, hospitality and healthcare would be hit hard by the confusion over the status of EU migrants, workforce visas and border regulations.

A ‘no-deal’ Brexit could also leave the city facing an EU funding ‘black hole’ of up to £1.7m.

Green councillors maintain that while they have been pushing for impact assessments, advocating for Brighton and Hove to remain a key EU partner, and supporting residents petitioning for a People’s Vote, the Labour Council has let residents down by failing to speak out against a catastrophic Brexit deal.

Convenor of the Green Group of Councillors, Cllr Phélim Mac Cafferty, said: “Our city rejected Brexit. We call on Labour Councillors to join us to make clear that any deal from Theresa May will make life harder for residents who are already struggling the most. The Conservative government wasted two and a half years and their deal will almost certainly fall tonight.

“As a result a disastrous no-deal Brexit is a very real prospect but that’s why we’re calling on Labour Councillors to lobby the Labour Party leadership to get behind a People’s Vote.

“In the absence of a clear national position, Brighton and Hove’s local Labour-led Council has sadly let residents down over Brexit. It was Green Party Councillors who pushed for an assessment of the impact of leaving the European Union. That analysis makes for grim reading: grants to our EU funded council services uncertain, supply chains disrupted, staffing shortages in our local NHS and tourism industry. It has never been clearer: as a city we simply cannot afford Brexit.”

He added: “250 local projects could stand to lose EU funding after Brexit and it’s clear we can’t simply stand by and adopt the Labour Council’s ‘wait and see’ approach. Locally, Greens pushed our Council to become the first to formally back calls for a People’s Vote. We have advocated for our city to remain a key partner in EU funding discussions. Greens are clear that we must remain a city of sanctuary for migrants – and argue strongly for freedom of movement.

“Between a deal that will mean hardship for our city and no deal that will mean catastrophe, we demand an end to this Brexit chaos. The Conservative Government has failed to lead in the national interests and our city deserves to have a say on what our future should look like. A People’s Vote is the only way forward.”

Responding for the administration, a Labour group spokesperson said:  “The council passed a Notice of Motion in December 2017 that the Chief Executive would write to the Secretary of State for Communities and Local Government expressing this Council’s and this city’s strong desire for a referendum on the final terms of a Brexit deal, including the option to maintain full EU membership. So the position of the Labour council is already in support of a referendum on the final terms, and Councillor Yates has also commented publicly on the significant risks for the city of Brexit. It is appalling that a failing Tory government has not only imposed the harshest of austerity measures on residents for the last 8 years, but is now causing Brexit chaos as well.”