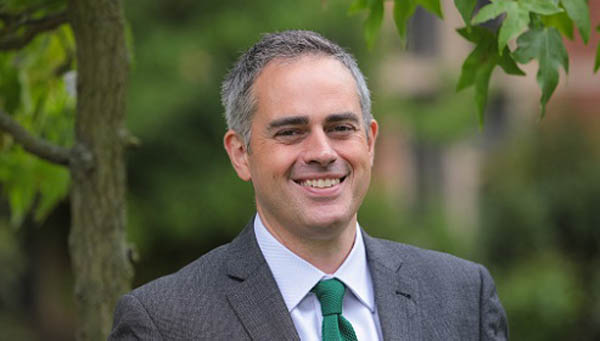 Greens to commit to making LGBT+ refugees welcome, decent HIV prevention, and rights for all gender identities at manifesto launch.

Jonathan Bartley, co-leader, and Aimee Challenor, LGBT+ spokesperson, will also set out the party’s commitment to ensuring HIV prevention drug PrEP is provided by the NHS, and putting trans and intersex recognition and rights in law.

Bartley and Challenor will launch the manifesto in The Trinity United Reform Church in Camden and set clear distance between themselves and the Lib Dems,

Jonathan Bartley, co-leader of the Green Party, is expected to say: “The Green Party has a proud history of leading the way when it comes to LGBTIQA+ rights. While other political parties struggle to say what they believe, Greens are clear – we will always stand up for LGBTIQA+ people.

“We believe in a fairer world, a more equal economy, human rights protected by law, recognition and representation for all gender identities and education and health services which care for and include everyone.”

Aimee Challenor, Green Party LGBTIQA+ spokesperson, who is the only openly trans spokesperson of a UK Political Party, is expected to say: “Let’s be clear, LGBTIQA+ rights are under threat. From Gay and Bi men being tortured and killed in Chechnya, to Donald Trump weakening protections in the US and the UK’s threat to repeal the Human Rights Act, 2017 has already been a concerning year for everyone who cares about LGBTIQA+ people.

“The Green Party is proud to stand against the erosion of LGBITQA+ rights and launch a manifesto which proudly fights for bodily autonomy for intersex people, legal recognition for trans and non-binary people, for PrEP for all that need it, and for greater protection for LGBTIQA+ asylum seekers – and more.”