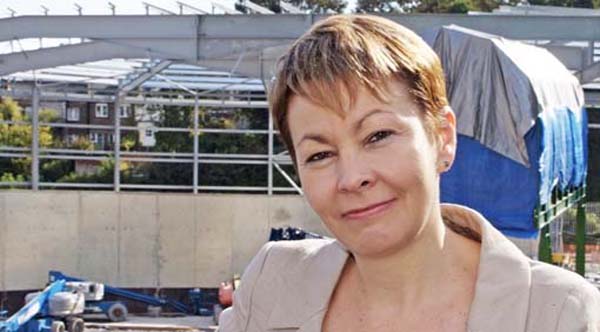 Brighton and Hove Green Party announces candidates for Brighton Pavilion, Brighton Kemptown and Hove constituencies in the event of another snap election.

A city-wide ballot of members returned the candidates earlier this month. Sitting Brighton Pavilion MP Caroline Lucas is joined by two current councillors as the party looks to fight all three of the city’s seats if an early election is called.

Caroline Lucas has been elected as MP for Brighton Pavilion three times since becoming the UK’s first Green MP and doubled her majority in 2017, receiving over 50% of the vote as the Labour and Conservative vote share shrank.

Following her re-selection Caroline said: “It’s been an incredible honour to represent the people of Brighton Pavilion in Parliament since 2010 and I’m proud local Green Party members have re-selected me as their parliamentary candidate.

“No matter who’s in Government, I will always stand up for our city – our local schools and hospitals, our unique local businesses and diverse communities – as a strong, independent Green voice in Westminster.”

Caroline a former Green Party leader has been a loud opponent of Brexit and spoke at the national People’s Vote march in London on Saturday (Oct. 20). Brighton Pavilion voted overwhelmingly to remain in the European Union in June 2016.

Green Party Councillor and Finance lead Ollie Sykes has been selected as the Green candidate in the Hove and Portslade constituency.

Ollie said: “I’m thrilled to have been selected to stand for Parliament for the Green Party in Hove. All over Europe we’re witnessing very strong results by Green Party candidates as the abject failure of mainstream political parties to tackle the big issues of our time has become crystal clear. Evidence of environmental decline and the effects of climate change are in the news almost every day. Greens have positive answers to the big questions facing us and our country and I hope our message will resonate with the residents of Hove.

“I’m proud of the role that Greens have played in the city; leading on the campaign against single-use plastics, taking urgent action on the homelessness crisis and holding the Labour council to account. As parliamentary candidate for Hove I would look to highlight the difference a second Green MP would make for our city.”

Ollie has been city Councillor in Hove for seven years including four when Greens led Brighton and Hove City Council and has been the party’s Finance Lead since 2014.

Green Party councillor Alex Phillips, who will become the city’s youngest ever mayor if re-elected as a councillor in May 2019, has been selected as the Green candidate for Brighton Kemptown and Peacehaven.

Alex said: “Having lived at the bottom of Whitehawk for over five years, across the road from where my husband has worked for the last decade, and especially since giving birth to my baby Rafi last year, I feel more and more embedded in my local community.

“Brighton Kemptown is quite a mixed constituency and the demographics vary enormously from the deprivation that exists in neglected parts of our city like Whitehawk to the grandeur of Roedean. As an experienced local councillor I am well positioned to fight for campaigns that matter to everyone in the constituency: from the NHS services including the hospital, as well as opposing austerity to the human rights and environmental legislation which we will lose next year through Brexit.

“I’ve lived in Brussels and speak French and German and I know the huge benefit that EU nationals have had on our city. A European city like Brighton and Hove needs proud European representatives. Caroline Lucas has been essential to the movement against a hard Brexit and we’re ambitious about sending other Greens to join her in Westminster.”