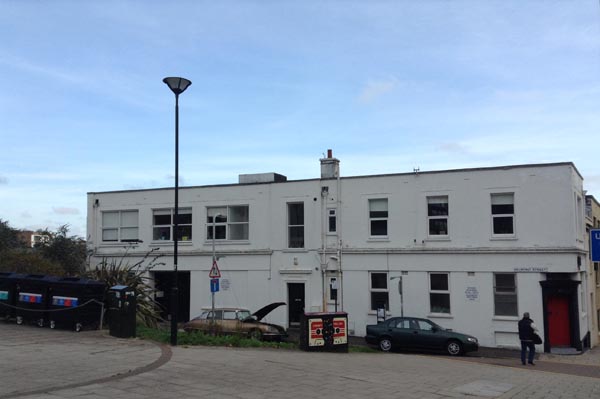 The sale of a Council building rented by arts groups including Same Sky is to be postponed following a Green proposal.

PLANS for the sale of Belmont Street, home to a creative community including local charity Same Sky, the organisation behind the Children’s Parade and Burning the Clocks Festival, would see the groups offered relocation into New England House.

However, questions were raised by the Greens after it emerged that rents at New England House could be up to double current levels. Green Councillors called on the Council to provide more information on the impact of displacing the arts groups, and further pressed for guarantees that the price of future rent would not affect the sustainability of artist organisations.

David O’Connor, graphic designer and tenant at Belmont Street, said: “Same Sky and a small group of occupiers have put in a competitive bid for the building and we would like this to be successful. Our group, which has occupied the building for 35 years, would inevitably be dispersed due to the increased rents and service charge should we be pushed to New England House. Same Sky are clear that remaining at the Belmont St site is by far their preferred option to secure their ongoing work practice and their future in the area.

“We believe that our continued occupation of the building adds to the social value and mix of this area and is in keeping with the social and creative identity of Brighton.”

Following the Green proposals, a report on the social value of the artists groups and the impact of moving them, as well as options for maintaining affordable rents in their new premises, will now be put before Councillors prior to any sale being finalised.

c said: “It is important that we protect the future of our local arts and culture organisations including the important Same Sky, who contribute so much to the city, from the popular Burning of the Clocks festival to workshops for children and community groups. We want to see better guarantees that any decision by the Council to sell this property will not jeopardise the future of organisations such as Same Sky, who may be driven out of the city if faced with the high rents on offer.

“While we do not disagree in principle with the sale of the site, Greens are asking for a report into the social impact of the proposal, so that more informed decisions – including on who to sell to – can be made. The current tenants had put in an offer to buy the building. This should not be ruled out because the value of their offer is slightly lower, given the social value and added benefits to the city of keeping this creative community together and able to operate in the city.”

Green Convenor and Policy, Resources and Growth spokesperson, Councillor Phélim Mac Cafferty, added: “Artists and creatives have felt for a while that escalating rents and the rapid disappearance of studio spaces mean that our city is becoming less welcoming. It is really hard for artists to find cheaper studios with many having to travel outside the city. This is despite the huge role that the arts play in our city and the very vivid offer the sector provides – whether that is the value to our local economy or the 10% of jobs the sector provides. It has become increasingly important to raise our voices to protect this vital part of the fabric of our city.”