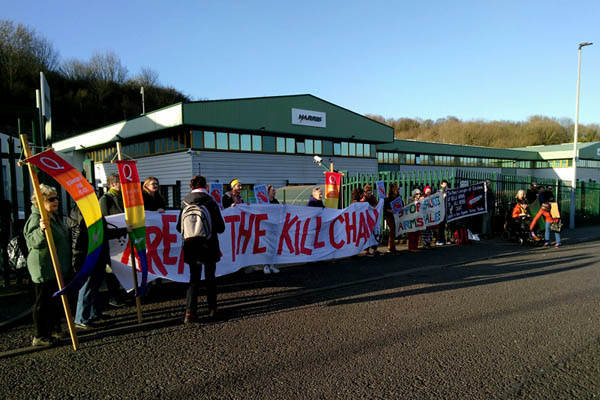 A local arms factory connected to bombs targeted at civilians in Yemen will be challenged after a Green intervention.

Speaking to a meeting of all local councillors, Green Councillor Sarah Nield called on Brighton & Hove City Council to take a ‘clear stand’ and denounce the arms manufacturer’s operations, stating: “it is now time to call time on the bomb factory.”

Following Cllr Nield’s concerns, Labour leader of the council Nancy Platts will now write to the Government calling for an inquiry into the incident, asking whether the arms factory should have their licence revoked.

Councillor Nield said: “Sadly, the continuing existence of this arms factory based in our city goes against everything we stand for as a ‘City of Sanctuary’ – one that supports people’s right to safe haven, free from violence and persecution. We cannot ignore the harrowing findings of the UN Security Council that bombs used in unlawful humanitarian attacks were made from parts linked to this company.

“Following our request for a further probe into this disturbing information, news that the Labour leader of the council will write to the government to call for an inquiry into this incident will be incredibly welcome to all those in our city deeply alarmed by the operations of this arms manufacturer.”