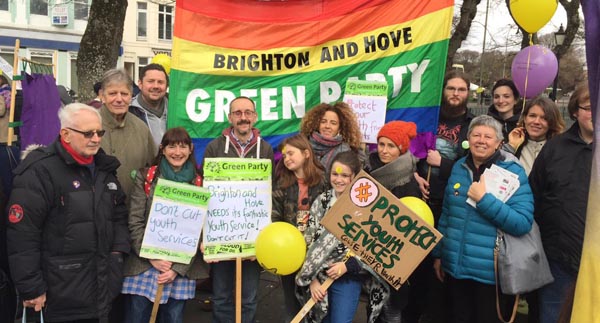 The Green group have condemned the Labour administration for continuing to make cuts to the city’s youth service despite a successful city-wide campaign to save it saw the budget for the work largely restored in February.

Councillor Alex Phillips, Green spokesperson for Children, Young People and Skills has called for greater transparency after information about recent cuts to the service appeared as a small footnote on the internal council information network, the Wave.

Councillor Phillips said:  “At the last full council meeting in July, I directly challenged the local Labour group about the current state of youth services and was told that the youth service information bus would be retained for a further year. Now we learn – from a notice quietly ushered out on an internal council network – that the entire dedicated detached youth work team is to be lost.

“The young people who campaigned to save the youth service repeatedly made clear that access to support where they lived made a huge difference. A few in-house services in the city centre mean little to young people unable to shore up the bus fare in and out-of-town. Detached youth work and services like the youth mobile information bus meant that help and support came to them, where they live, with advice and activities.

“After the Labour Council attempted to axe all council youth work last February, Greens launched a series of successful budget proposals that together with amendments from the Conservatives saw the youth service funding almost entirely reinstated. The disgraceful reality is that despite this, key elements of youth work are still being axed behind the scenes. Getting rid of detached youth work flies in the face of everything we and these young people campaigned to protect.”

Labour have been asked for a response.