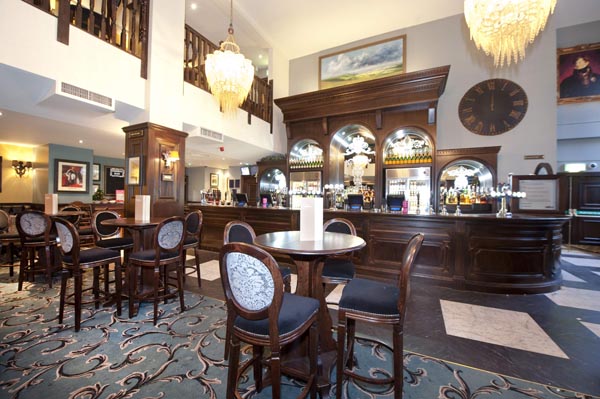 KITCHEN and bar staff at both Brighton Wetherspoons branches in North Street and West Street will coordinate action with workers from McDonalds and TGI Fridays, demanding better pay and working conditions.

Poor wages and long hours in the hospitality industry mean that many kitchen and bar staff workers struggle to meet the cost of living in Brighton and Hove. A recent analysis of cost of living data by the National Housing Federation revealed that Brighton and Hove has now become one of the most expensive cities in the UK to rent and live.

Local workers have described how they ‘panic’ if they have to take a sick day, face unpredictable hours and wages and are beset with constant worries about how to cover rent and bills.

Convenor of the Green Group, Councillor Phélim Mac Cafferty said: “Green Party Councillors in Brighton and Hove stand in solidarity with all hospitality workers striking for better pay today. A company the size of JD Wetherspoon has declared a pre-tax profit of £89million, a 16.5% rise on the previous year. Yet their very own workers can hardly afford the cost of rent or bills. And this is happening when studies have shown many in our city spend over half of their income on rent alone.

“It is completely unacceptable that so many people in our city have wages that barely cover the cost of living. Bar and hospitality work is notoriously precarious, often beset with zero hours contracts, unpredictable hours and a fluctuating salary, leaving too many people on the brink of poverty, making ends meet from pay cheque to pay cheque.

“When the Greens led the Council we introduced the Brighton and Hove Living Wage to take account of the true costs of living locally; and we will continue to push all our city’s employers – especially in the hospitality industry- to ensure this becomes the norm.

“But this is also why Green Councillors have pushed for genuinely affordable rents in new housing. We have lobbied the government to allow our council to borrow to build new homes, many of which must be for lower paid workers.”