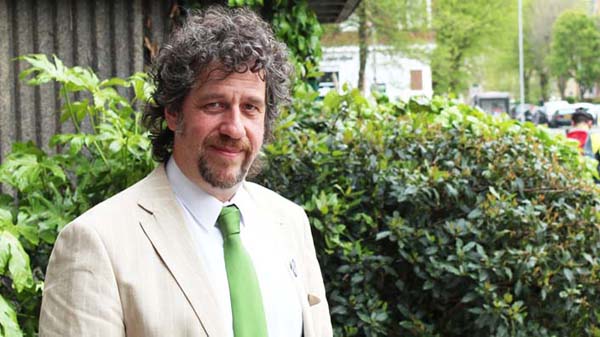 The Green motion will be discussed at full Council this Thursday at Brighton Town Hall.

The Immigration Bill is being driven by the Conservative national government, in its stated intention to create a “hostile environment” for people without legal status to reside in the UK.

If passed into law, asylum seekers will be deported before having a chance to appeal the decision, while police and immigration officers will gain a raft of draconian new powers with limited oversight. Landlords who rent property to those without legal status will also face criminal prosecution.

The Bill has been widely criticised by human rights organisations and legal professionals, as it is expected to increase human rights abuses and discrimination both for asylum seekers and those with legal right to live in the UK.

The Children’s Society has said the new law will increase the risk of “exploitation and abuse” of children from failed asylum seeking families.

The Immigration Law Practitioners Association says of this bill: “The overall impression as the Bill emerges from the House of Commons is one of haste: proposals not fully thought through or developed; inadequate evaluation, and drafting that is struggling to keep up”.

Green Councillor and spokesperson on Communities and Equalities, Leo Littman, said: “If passed into law, this bill would be a devastating blow to desperate families fleeing persecution.  It is the inhumane and callous product of a national government that has little regard for its citizens or those seeking sanctuary amongst them.

“Not only is this bill immoral, countless briefings and submissions by legal experts and refugee groups show how it will not have the effects the government intends.  It will drive families who have been refused asylum underground, and plunge children and families into destitution.  Meanwhile even those with legal right to live in the UK will face discrimination if they “seem foreign”.

“This bill would also have a damaging impact on local authorities, driving up costs and threatening to interfere with their ability and legal duty to protect vulnerable children. Above all, it goes completely against our status as a City of Sanctuary and the diverse and rich culture we wish to maintain. That’s why we are asking councillors from all parties to join us in calling for this bill to be rejected in Parliament and sent back to the drawing board”.