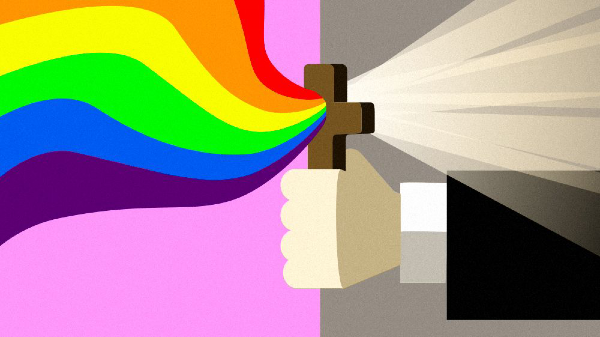 A new report by OpenDemocracy has revealed the UK government’s furlough scheme, put in place at the beginning of the pandemic, donated “tens of thousands” to anti-LGBTQ+ churches in a move described as “reckless and irresponsible.” Churches included in the government scheme had previously described homosexuality as “demonic”, as well as having a track record of supporting conversion therapy.

The controversial Jesus House church, which Labour leader Keir Starmer was criticised for visiting due to its history of performing exorcisms on LGBTQ+ people, was provided with approximately £10,000 a month in December 2020 and January 2021. The Destiny Church Trust in Scotland also received funding despite the group’s failed plans to host anti-LGBTQ+ American preacher, Larry Stockstill, who has described homosexuality as “repulsive and deeply grievous”.

In response to the findings, human rights campaigner and LGBTQ+ activist Peter Tatchell said: “This is a form of de facto state endorsement of homophobic institutions. Organisations that do not conform to the principles of the Equality Act should not receive public money. It looks like the government has been handing out furlough money like confetti, without any checks that the recipient bodies adhere to the minimum standards of equality and non-discrimination. It is reckless and irresponsible.”