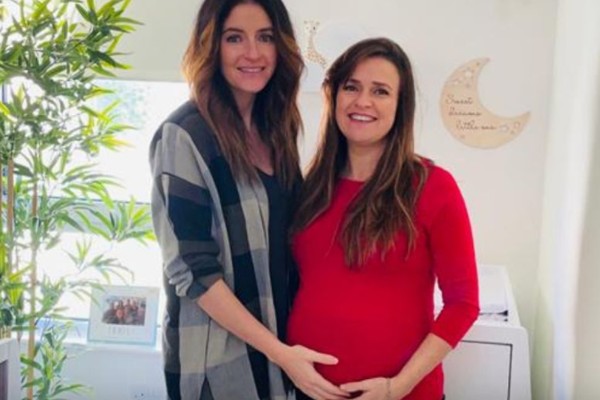 Natalie and Katie Perez-Muldoon, a lesbian couple living in Gibraltar, are in a legal battle for Katie to obtain equal parental rights before the birth of their child next month. As the law currently stands, only Natalie, who is carrying their baby, will be legally recognised as the child’s mother. Katie explained the implications of not having equal parenting status to the Gibraltar Chronicle: “This means that in the event that Natalie was taken ill and incapacitated, the decision-making process would not fall to me, it would fall to her parents, and my parenting rights are non-existent.”

The couple also spoke out against LGBTQ+ discrimination on Facebook, saying: “As a lesbian married couple, we jointly and lovingly embarked on the IVF process to grow our family. It is absolutely heartbreaking, the thought that our family is not afforded the same legal standing as heterosexual families here in Gibraltar.” Natalie added: “This is absurd and totally unacceptable in what is meant to be a country that is committed to ‘identifying and eradicating discrimination’ in order ‘to build a fairer society.”

According to the pair, they have taken up the issue with Gibraltar authorities, which have expressed support, but have not taken immediate action in time for the birth of their child: “Our Government is aware and recognizes this wrong needs to be put right, and has had draft surrogacy legislation to correct this wrong for 18 months, this can’t be allowed to be put on the back burner for any longer…4 weeks to go now and we have been waiting since August to hear back from Government with a commitment to change the law with retrospective application.”