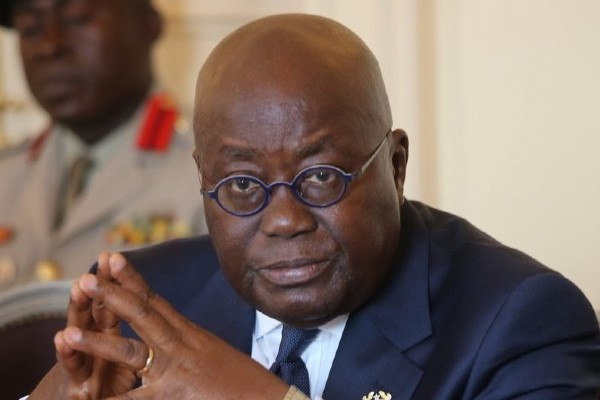 Nana Akufo-Addo, the president of Ghana, has said he will never legalise same-sex marriage amid international criticism of the country’s treatment of LGBTQ+ people. According to Africa News, Akufo-Addo was speaking at the opening of the second Anglican Church of Ghana in Asante Mampong, when he reaffirmed his position on marriage equality, saying: “I have said this before, let me in conclusion stress again, that it will not be under the presidency of Nana Addo Dankwa Akufo-Addo that same-sex marriage will be legal.”

He reiterated: “It will never happen in my time as president.” Akufo-Addo’s speech comes after the country’s first LGBTQ+ community hub opened, sparking backlash from far-right and religious groups, which argued LGBTQ+ Ghanaians do not have rights according to the country’s legislation. The centre was then raided by police and forced to temporarily close only three weeks after opening. This drew attention to the injustices Ghana’s LGBTQ+ community face, with the African Equality Centre saying: “Ghana is among over 70 countries around the world that still criminalize consensual same-sex relationships, many LGBTQ+ people continue to experience severe human rights abuses and persecution in these countries.”

The centre criticised Akufo-Addo’s recent remarks on same-sex marriage, tweeting: “The LGBTQ+ community is not asking for marriage! Repeal Section 104.” Section 104 of the Ghanaian law code criminalises consensual sex between men, seeing those persecuted face up to 25 years imprisonment. LGBTQ+ Ghanians also have no legal protections from discrimination and conversion therapy is still legal. A handful of international LGBTQ+ advocacy groups have shared messages of support for Ghana’s queer community, with Stonewall UK tweeting: “Sending love and solidarity to our siblings in Ghana after their LGBTQ+ community centre was shut down.”