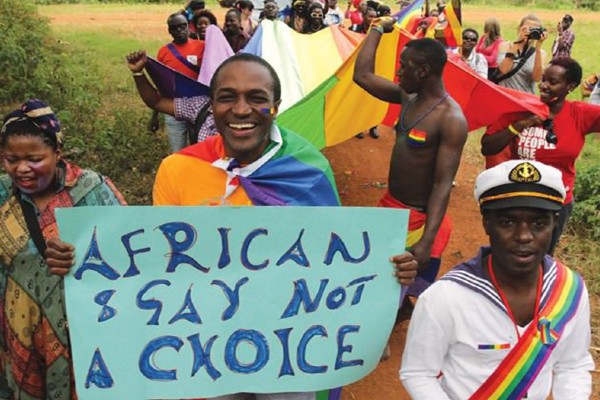 The first LGBTQ+ rights centre in Ghana has launched a fundraiser after the hub was raided by police only three weeks after opening, forcing it to temporarily close due to safety concerns. LGBT+ Rights Ghana, the country’s biggest queer advocacy group, launched a GoFundMe with the aim of raising $100,000 to “provide support and empower members of our beloved Ghanaian LGBTQ+ community who are financially constrained.”

The money raised will also help improve security at the LGBTQ+ centre to avoid further incidents. So far, nearly $40,000 has been donated, with LGBT+ Rights Ghana thanking everyone who has participated in the fundraiser on Twitter, adding: “We appreciate every coin.” When the centre reopens, it aims to create the country’s first library dedicated to queer literature, and to set up a space for LGBTQ+ health education.

LGBTQ+ Ghanaians are still persecuted for their sexuality and/or gender identity, and the country’s president, Nana Akufo-Addo, has spoken out against LGBTQ+ rights on numerous occasions. Recently, Akufo-Addo said he will never legalise same-sex marriage during his presidency, which sparked backlash from LGBTQ+ activists who demanded he repeal Section 104, which criminalises consensual same-sex relationships between Ghanaian men.