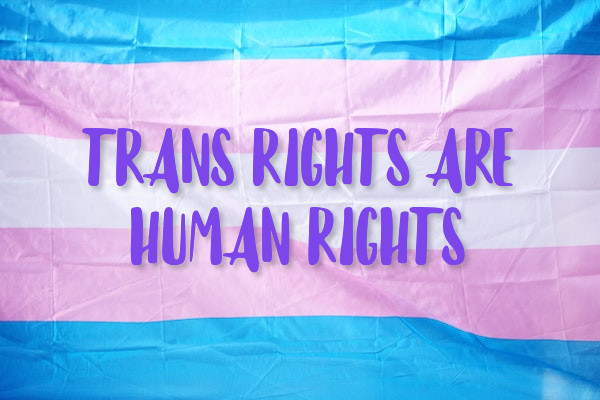 The UK’s biggest human rights organisations have labelled the Government’s response to the Gender Recognition Act (GRA) (2004) consultation – which looked to update the law on legal gender recognition – a ‘missed opportunity’.

While the Government has committed to making the process of applying for a Gender Recognition Certificate less bureaucratic by placing the procedure online and reducing the fee, Amnesty International UK, Liberty and Human Rights Watch have released a joint statement expressing ‘huge disappointment’ that the Government has not taken steps to de-medicalise the process to recognise gender and bring the law in line with human rights standards.

It’s hugely disappointing that the Government has missed this vital opportunity to update the process for legal gender recognition so it meets human rights standards.

Research has found that medical barriers to gender recognition for trans people are unnecessarily intrusive and can harm their physical and mental health. With medical requirements still in place, trans people will continue to be forced through harmful processes to have their gender legally recognised.

After a three year wait, we’re presented with a few administrative changes, which, whilst a step in the right direction, only scratch the surface of what we need to ensure all trans and non-binary people can live equally, freely and fully.

Kate Allen, Director of Amnesty International UK, said: ‘The Government’s proposals to reform the GRA are nothing more than a tokenistic attempt to improve things for trans people living in this country. Whilst it’s welcome that the procedure for legally recognising gender will become less bureaucratic and less expensive, half-baked reforms aren’t good enough. We need an end to the overly-medicalised processes that cause trans people harm. Trans people and their allies have battled hard for change and slowly we’ll get there – human rights organisations will be by trans people’s sides all the way.’

Benjamin Ward, UK Director, Human Rights Watch, said: ‘Imposing medical and other barriers to gender recognition for trans people can harm their physical and mental health. Protecting trans people in the UK requires removing those barriers, not just lowering them.’

Grey Collier, Liberty’s Advocacy Director, said: ‘This is a bitter disappointment for trans people and anyone who cares about gender equality. Three years ago this Government started the process of asking trans people what they wanted from a reformed GRA but they have not only completely ignored trans experiences they’ve also ignored the majority of people – cis and trans – who were in favour of far greater reform. This was a massive waste of time, waste of energy and our thoughts are with trans people today who have been let down. This is not the end though and Liberty will continue to stand shoulder to shoulder with trans people and support trans rights however we can.’

Maria Munir, Amnesty International UK’s Trans Lead, said: ‘We welcome the confirmation that there will not be a rollback on trans rights in the UK – but this in itself is a grim position to be in. Whilst some trans people will benefit from a reduction in costs and waiting times associated with the process, the Government has missed the opportunity to affirm its commitment to equality for all trans people.

‘From trans people of colour who still face medical racism, to disabled trans people whose autonomy is questioned, trans people have different experiences navigating the same systems. It’s time that the Government meaningfully listens to what we’ve all been saying all along: trans equality must go beyond minor administrative changes to the GRA.’