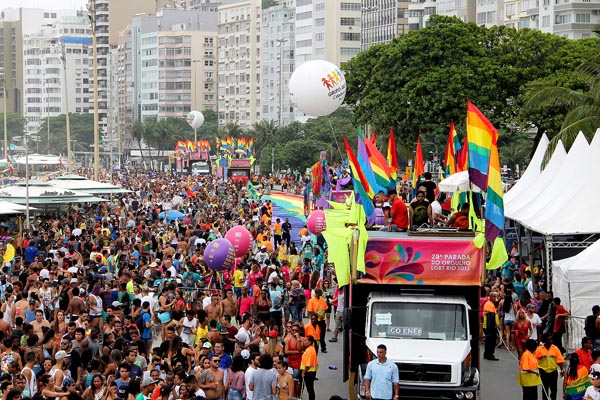 The Olympics may be over but the celebrations continue as Rio de Janeiro prepares to host its 21st LGBT+ Pride Parade.

Rio de Janeiro is considered a top destination for LGBT travellers, voted in recent years as the most attractive gay destination in the world by tripoutgaytravel.com

The theme for 2016’s Pride is ‘I am my gender identity’, encouraging people to recognise that identity is a choice that must be respected.

The Rio parade will involve a 2km long procession along Copacabana beach, which hundreds of thousands of people are expected to join.

Voted in 2016 as the most attractive gay destination in the world, Rio de Janeiro is the entry gate for most LGBT tourists that visit Brazil.

Home to stunning natural beauty and iconic attractions including Christ the Redeemer and Carnival, Rio is packed with travellers from all around the world, all year round.

Ipanema beach is the primary meeting point for the LGBT community, located opposite the Rua Farme de Amoedo, Rio’s gay strip in the sophisticated neighbourhood of Ipanema.

During Carnival there are many raves and exclusive parties for the gay community, predominantly located in Lapa, the trendy neighbourhood and heart of nightlife in downtown Rio.